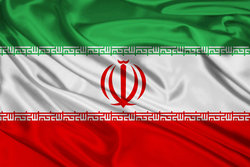 Iranian Ambassador to Italy Hamid Bayat renewed his country’s call for inclusive dialogue in the Middle East, saying Tehran believes intra-regional interactions based on mutual understanding is the sole way out of the current state of affairs.

RNA - Speaking in a meeting held to commemorate the 41st anniversary of the Islamic Revolution victory, Bayat elaborated on Islamic Revolution’s achievements despite US sanctions and pressures, and highlighted that Tehran’s policy is to resolve Middle East issues through negotiations with regional states and without intervention of foreign forces.

He focused on Iran's successes in nuclear knowledge, self-sufficiency, and efforts made to prove peaceful nature of nuclear activities which resulted in signing the nuclear deal known as the Joint Comprehensive Plan of Action (JCPOA).

Iranian envoy slammed the US unilateral withdrawal from the JCPOA, increasing cruel pressures, imposing sanctions and violation of international regulations the latest of which resulted in assassinating Lieutenant General Qasem Soleimani.

Elsewhere in his remarks, Bayat described bilateral relations between Iran and Italy as friendly and reminded that Italy is the most important trade partner for Iran in Europe.

Referring to the US pressures’ impact on economic ties, he expressed hope that Italy's small and medium-sized enterprises would take the opportunity.

The event was held in the presence of Italian diplomats, businessmen, reporters, cultural and academic figures and Italian Iridologists.

"We are ready for negotiations with Saudi Arabia and other Persian Gulf littoral states and we are ready to give proposals regarding security in this region, particularly the Strait of Hormuz," Zarif said in an address to a meeting held in the Indian city of Mumbai in coordination with All India Association of Industries (AIAI).

He added that Iran has also presented proposals on ways to establish peace in the Strait of Hormuz.

In an address to the 74th session of the United Nations General Assembly on September 25, Iranian President Hassan Rouhani said as a steward of maritime security in the Persian Gulf and the Strait of Hormuz, Iran invites all countries that are affected by developments in the strategic region to join the country’s new regional peace initiative, dubbed Hormuz Peace Endeavor (HOPE).

He said the “coalition of hope” aims to promote peace, stability, progress and prosperity of littoral states and help achieve mutual understanding and establish peaceful and friendly relations among them.

According to Fars News Agency, the Iranian foreign minister said in October 2019 that he is ready to visit Saudi Arabia to help reduce tensions between Riyadh and Tehran if suitable conditions existed.

“If suitable conditions are provided, I would be ready to travel to Riyadh to settle differences” between the two countries, Zarif said while answering a question posed by Yemen’s Arabic-language al-Masirah news agency.

"Tehran welcomes any initiative that aims to ease tensions in the region and will cooperate [with other parties] to end Yemen’s war," he added.