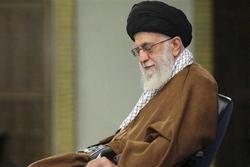 RNA - Ayatollah Khamenei on Monday agreed to pardon or reduce the sentences of 2,315 prisoners eligible for mitigating circumstances, including those found guilty in courts of common pleas and Islamic Revolution tribunals, the Judicial Organization of the Armed Forces and the State Discretionary Punishment Organization.

The Leader’s decision came in response to a letter from Iran's Judiciary Chief Seyyed Ebrahim Raeisi regarding prisoners found eligible for receiving the clemency by the relevant judicial authority. The Leader approved the clemency on the occasion of the 41st anniversary of the victory of the Islamic Revolution.

People from all walks of life also rally in different cities and towns each year on the anniversary of the Islamic Revolution to mark the nation’s victory that put an end to the monarchical rule of the US-backed Pahlavi regime.