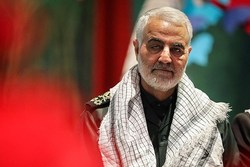 The assassination of Iranian Lieutenant General Qassem Soleimani in Iraq by US forces on the orders of President Donald Trump violated American and international laws, according to US legal experts and a senior UN rights investigator.

RNA - Soleimani, the commander of the Quds Force of Iran’s Islamic Revolution Guards Corps (IRGC), and Abu Mahdi al-Muhandis, the second-in-command of Iraq's Popular Mobilization Units (PMU), were killed in US airstrikes in the Iraqi capital Baghdad early on Friday.

The US Defense Department confirmed the strike, saying it came "at the direction of the president".

US Democratic leaders in both chambers of Congress expressed outrage over Trump's ordered strike, saying the Republican president did not obtain congressional approval.

The Trump administration on Friday sought to justify its killing as an act of self-defense, using baseless claims to deflect accusations that it violated international law.

Some US legal experts argued Trump lacked the legal authority to kill Soleimani on Iraqi soil without the permission of Iraq’s government, and said the attack was unlawful under international and US law.

Iraq’s Prime MinisterAdel Abdul-Mahdi condemned the US assassination, describing the strike as a "flagrant violation of the conditions authorizing the presence of US troops" on Iraqi soil.

Abdul-Mahdi called on the Iraqi parliament to convene an extraordinary session. The parliament said it will reconvene on Saturday to decide the future of America's military presence.

Oona Hathaway, an international law expert and law professor at Yale University, told Reuters the available facts “do not seem to support” the assertion that the strike was an act of self-defense, and concluded it was “legally tenuous under both domestic and international law.”

The UN special rapporteur on extrajudicial executions, Agnes Callamard, said the US assassination was outside the context of active hostilities.

“The targeted killings of Qasem Soleiman and Abu Mahdi Al-Muhandis are most lokely unlawful and violate international human rights law: Outside the context of active hostilities, the use of drones or other means for targeted killing is almost never likely to be legal,” she wrote on Twitter.

Iran’s ambassador to the United Nations said  the US assassination of Soleimani is tantamount to waging a war on the Iranian nation.

“In fact, it was an act of war on the part of the United States against the Iranian people,” Majid Takht-e Ravanchi told CNN’s OutFront program on Friday.

US Democratic lawmakers and presidential candidates on Friday condemned the air strike that killed Soleimani, saying Trump’s decision was reckless and could lead the US to another war in the Middle East.

Democratic lawmakers in both chambers of Congress said  the Republican president did not obtain congressional approval for the attack.

Perhaps the most forceful condemnation came from US Senator and presidential candidate Bernie Sanders.

"When I voted against the war in Iraq in 2002, I feared it would lead to greater destabilization of the region," Sanders tweeted on Thursday. ‘That fear unfortunately turned out to be true.”