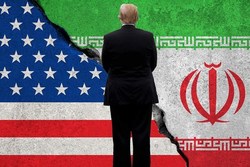 It’s waged war on Iran by other means for 40 years, wanting the country transformed into a US vassal state, its vast hydrocarbon resources looted, its people exploited, Israel’s main regional rival eliminated.

Trump regime actions against the country exceed the high crimes of his predecessors, wanting its economy crushed, its people immiserated, including by banning imports of essentials to life and welfare.

Healthcare industry companies were warned not to sell drugs and medical equipment to the country.

Iran’s Deputy Health Minister Mohammadreza Shanehsaz said pharmaceutical and other companies were told they’ll be prohibited from exporting to the US and EU if do business with Iran.

On Thursday, the Trump regime imposed illegal sanctions on Iranian judges Abolghassem Salavati and Mohammad Moghisseh — for upholding the rule of law against CIA recruited hooligans involved in days of rioting, violence, and vandalism in Iran last month.

US Secretary of State Mike Pompeo called these thugs “prisoners of conscience.” He announced visa restrictions on current and former Iranian officials he falsely accused of committing human rights abuses.

He lied accusing both targeted justices of “stifling dissent (and) freedom of…assembly” — US specialties, not how the Islamic Republic operates.

He falsely called Iran a violator of “religious freedom” — a Big Lie, while ignoring US war on Islam and Israeli barbarism against Palestinians.

No nation in world history did more harm to more people over a longer duration than the US, responsible for tens of millions of deaths, vast destruction, torture, along with virtually all other imaginable high crimes and indignities against humanity — blaming victims for its viciousness.

He’s “not on any foreign minister’s level in the world and has no (legitimate) position in this field,” adding:

He “moved from leading a deceitful and evil (CIA) to leading the US Department of State, and continued the same hellish behavior in the diplomatic arena.”

“Foreign ministers are usually harbingers of peace, reconciliation, dialogue, and respect, but Mr. Pompeo is the mouthpiece of bull(ies) (who) deceive, humiliate and insult with angry, aggressive, ignorant, and extremist language.”

Everything the US threw at Iran for the past 40 years failed, including Trump regime toughness.

Tehran “responded…with a maximum pressure campaign of its own by increasing its (defensive) military strength and suspending its voluntary JCPOA commitments — as permitted by the deal’s Articles 26 and 36.

US-orchestrated violent protests against the Islamic Republic failed every time tried, including the latest ones last month. They “backfire(d),” said FP.

Iran’s regional influence grew in the face of acceptable US war on the country by other means.

According to Trump’s Treasury Department, his regime’s sanctions imposed a week ago on Iran’s air and maritime transport industries aim to prevent exports of “agricultural commodities, food, medicine, or medical devices” to the country, adding:

Hostile US actions toward Iran flagrantly violate international and its own constitutional law.

The US operates extrajudicially by its own rules exclusively, responsible for virtually every imaginable form of wrongdoing — notably its endless war on humanity at home and abroad.