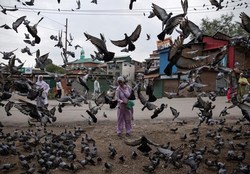 RNA - "The chairperson resolved holding the session on Friday morning in the format of closed consultations," the source said.

On Wednesday, China supported a request by Pakistan for a UN Security Council discussion on the matter, submitted early this week.

New Delhi has announced that it was revoking Article 370 of the country’s constitution that granted a special status and a degree of autonomy to the state of Jammu and Kashmir, and also breaking the state up into two union territories largely controlled by the central government.

On Tuesday, Pakistan Foreign Minister Shah Mahmood Qureshi, in a letter addressed to Security Council President Joanna Wronecka, requested to convene consultations on Jammu and Kashmir, citing a number of human rights violations allegedly committed by Indian authorities before and after the decision to revoke the special status of the state and threats to international peace and security that this action might pose.

New Delhi’s decision was met with widespread outrage in Pakistan, which considers the whole of Kashmir its territory. Pakistani Prime Minister Imran Khan even compared the international silence over the revocation of Kashmir’s autonomy to the policy of appeasing Adolf Hitler before WWII.

Last week, Chinese Foreign Minister Wang Yi stated that Beijing was very concerned regarding the situation surrounding Kashmir, stressing that the issue should be resolved by peaceful means and in accordance with the UN Charter, the Security Council’s resolutions and bilateral agreements.