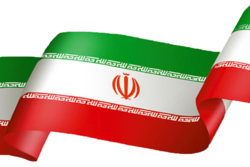 An analyst says any possible negotiations between Iran and the United States "would not be productive" as Washington has never intended to act in good faith regarding the 2015 nuclear deal, officially known as the Joint Comprehensive Plan of Action (JCPOA).

RNA - “Iran has already waited a year for the United States to return to the negotiating table. The agreement already stands. It has been proven time and time again that Iran has not violated the agreement and has remained open to continuing it for the past year which the US unilaterally withdrew from the agreement. Iran was open to going back to it. The European signatories have continued with it. The United States has done nothing but act in bad faith in this situation,” Jason Unruhe told Press TV in an interview on Thursday.

“They have repeatedly lied about Iran violating the agreement though it has been certified by all the European partners, it has been certified by the International Atomic Energy Agency (IAEA) that Iran has been in compliance, so it shows that the United States had never intended –at least since the withdrawal – had never intended to act in good faith. This was all about trying to portray Iran as the villain, as the person who has done wrong,” he added.

Leader of the Islamic Revolution Ayatollah Seyyed Ali Khamenei has ruled out the possibility of talks between Tehran and Washington, saying such negotiations will be “fruitless”, “harmful”, and “a total loss.”

The Leader referred to negotiation as a tactic used by Americans to complement their strategy of pressure. “This is actually not negotiation; it’s rather a means for picking the fruits of pressure.”

The only way to counter this trick, the Leaders said, is to utilize the means of pressure available for use against Americans. “If they are used properly, the Americans will either stop or decrease pressures.”

Tensions started to mount between Tehran and Washington in May last year, when US President Donald Trump pulled his country out of the nuclear deal with Iran, and re-imposed harsh sanctions against the Islamic Republic in defiance of global criticisms.

The tensions saw a sharp rise on the first anniversary of Washington's exit from the deal as the US moved to ratchet up the pressure on Iran by tightening its oil sanctions and sending military reinforcements, including an aircraft carrier strike group, a squadron of B-52 bombers, and a battery of patriot missiles, to the Middle East.