‏80 women, men and children were burned alive in this compound!‎

Near the city of Waco, in the American state of Texas, 80 members of the Branch ‎Davidian sect were burned alive during the administration of the Democratic Party. This ‎is something that can no longer be denied.‎‏ ‏The respected Democrats perpetrated this ‎act. According to the Branch Davidians, the American government was angered by the ‎them for some reason and federal and Texas state law enforcement as well as the US ‎military were sent to the‏ ‏Branch Davidian’s Mount Carmel Center. They laid siege to the ‎compound and whatever they did, the Branch Davidians didn’t come out. They set fire ‎to the compound and 76 men, women and children were either buried alive by rubble, ‎suffocated, or shot.‎ Do you understand what human rights mean?!‎ 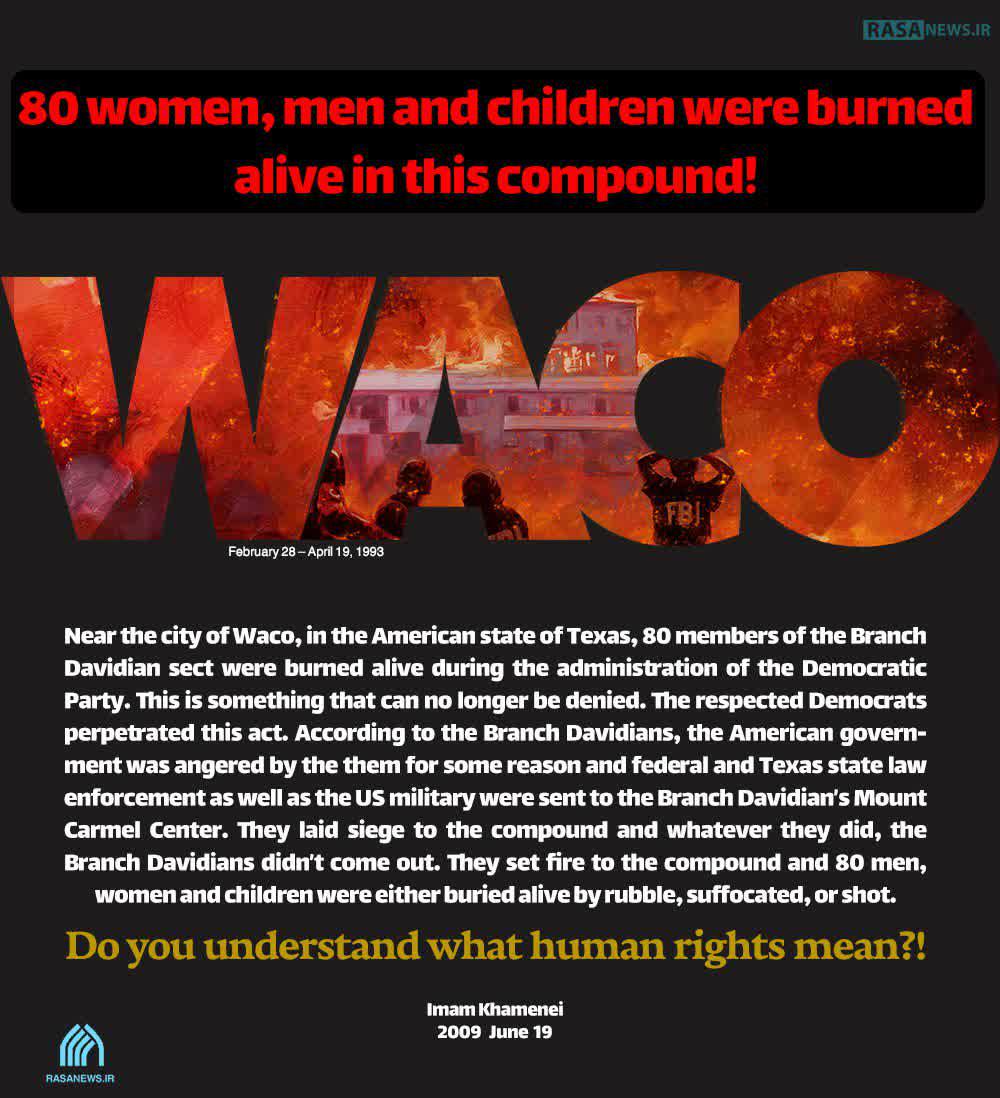 Homelessness Crisis Grows in US