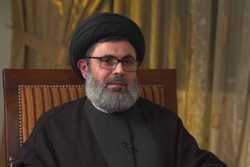 The Chief of Hezbollah’s Executive Council designated the Coronavirus pandemic that ravaged several countries in the world as the key factor in the global decision-making process.

RNA – The Chief of Hezbollah’s Executive Council, Sayyid Hashim Safiuddin, designated the Coronavirus pandemic that ravaged several countries in the world as the key factor in the global decision-making process.

He said that it is very difficult to predict the course of COVID-19, noting that the pandemic exposed tyrannical states and Western regimes, especially that of the US, according to al-Ahed News.

Sayyid Safiuddin believes that those who triumph over the virus do so through will, morals, and human values. The pandemic revealed that Washington and the Western states lack those values.

In an interview with al-Nour Radio Station, Sayyid Safiuddin asserted that Hezbollah’s plan to combat the pandemic is designed to serve the people. This is one of the party’s most important duties. He noted that the public reaction to the plan was positive, boosting morale in difficult times. When Hezbollah first unveiled the plan, it crystallized the spirit of taking the initiative among some political forces and fostered positive competition in the service of the people.

According to Sayyid Safiuddin, the plan’s primarily function is to assure the Lebanese people that the pandemic can be overcome with unity and without political hatred. This virus is a threat to all Lebanese regardless of the region of the country it’s concentrated in.

Furthermore, the Hezbollah official underscored the importance of supporting the state, the government, and the Ministry of Health. He expressed hopes that fighting COVID-19 is an opportunity to lose certain Lebanese customs that give everything political dimensions.

We cannot afford a return to a failed economy

“Today, no one can publicly adopt the previous system,” he said. “The priority that was given in favor of the banks and the rentier economy, which politicians benefited from, led greatly to the pursuit of a wrong economic policy. We do not want to target the bank as an institution or a banking mentality. Today the talk is about who bears responsibility for the failed economic experience that we cannot return to.”

Regarding the government’s economic financial plan, Sayyid Safiuddin explained that it “includes a set of axes, and it is not necessary for Hezbollah to agree to all its provisions. The party does not discuss the titles but programs and mechanisms.”

“We want an economy and a financial and monetary movement that serves the people, especially the poor and those with limited incomes,” he added.

Sayyid Safiuddin declared the party’s absolute refusal to impose taxes on the poor and low-income households.

Replying to a question about American interference in the appointments of banking sector officials, he said that the US has always sought a role in filling important posts regarding the central bank and control over financial and monetary matters in the country.

“Hezbollah will not allow Lebanon’s fate to be controlled by the International Monetary Fund or any country in the world, especially the US.”

“There are solutions for the problems with electricity, waste, combined transport, the public sector as well as the monetary and financial issues. If it were possible, we would have presented plans regarding all these matters. But if we did, they would say that Hezbollah is ruling the country.”

Sayyid Safiuddin described the current government as the “only wood of salvation.”

“The Lebanese have no choice but to support it since it is an effective, strong, and active government. If some Lebanese people worked to topple this government, we will face a much more difficult reality on a financial, economic, and social level,” Sayyid Safiuddin concluded.