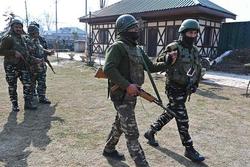 The crippling security and communications lockdown in the Muslim-majority Indian disputed Kashmir region has entered its 200 days. Nearly 900,000 military and paramilitary troops are deployed to prevent mass agitation since August 5 last year when New Delhi revoked Kashmir’s special status and forcibly annexed it into India.

RNA - The controversial merger of the disputed territory was in defiance of eleven UN Security Council resolutions which call for a plebiscite to allow Kashmiris to decide on whether they want to stay with India or join Pakistan.

Since then, the top Kashmiri leaders including three former chief ministers have been imprisoned. In their absence, the second tier leaders held press conference in Islamabad to inform the world of what India seeks to hide.

India has banned the entry of independent journalists, human rights activists, observers and even many western politicians from entering into disputed Kashmir region.

Kashmiri leaders believe that the Indian government has been deliberately crippling the economy to create adverse conditions for Kashmiris to force them to sell their properties to Hindu businessmen. This, they say, is aimed at altering the demography of the Muslim-majority state.