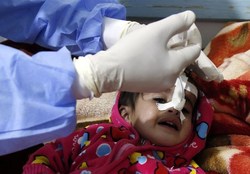 The United Nations Children's Fund (UNICEF) says nineteen children were among dozens of civilians killed in air raids carried out by Saudi-led military aircraft in Yemen’s northern al-Jawf province, as the Riyadh regime presses ahead with its atrocious bombardment campaign against its crisis-hit southern neighbor.

RNA - The United Nations Children's Fund (UNICEF) says nineteen children were among dozens of civilians killed in air raids carried out by Saudi-led military aircraft in Yemen’s northern al-Jawf province, as the Riyadh regime presses ahead with its atrocious bombardment campaign against its crisis-hit southern neighbor.

“UNICEF is sad to confirm that the recent attack in al-Jawf, north of Yemen, on February 15, took the lives of 19 children (eight boys and 11 girls) and injured another 18 (nine boys and another nine girls),” the UN children's agency said in a statement released on Thursday.

The “worrying escalation of violence over the past few weeks is a harsh reminder that children in Yemen continue to carry the heaviest burden of the conflict,” the statement read.

On February 15, more than 30 civilians were killed and many more sustained injuries in Saudi-led airstrikes.

Yemen’s Arabic-language al-Masirah television network reported at the time that Saudi-led fighter jets had carried out eight air raids against residential neighborhoods in the Maslub district of Jawf province.

The United Nations confirming the death toll as it deplored a “shocking” failure to protect unarmed population in the conflict-plagued country.

“Preliminary field reports indicate that ... as many as 31 civilians were killed and 12 others injured in attacks that hit al-Hayjah area of al-Maslub district in al-Jawf governorate,” a statement from the office of the UN resident coordinator and humanitarian coordinator for Yemen said then.

The statement said “humanitarian partners” deployed rapid response teams to provide medical assistance to the wounded, many of whom were being transferred to hospitals in al-Jawf, as well as the capital, Sana’a.

Commenting on the killing of the civilians, Lise Grande, the UN's humanitarian coordinator for Yemen, said, “So many people are being killed in Yemen - it's a tragedy and it's unjustified. Under international humanitarian law parties which resort to force are obligated to protect civilians.”

She added, “Five years into this conflict and belligerents are still failing to uphold this responsibility. It's shocking.”

The Saudi-led aerial attacks in al-Jawf came hours after Yemeni air defense units managed to intercept and shoot down a Tornado multirole combat aircraft of the Royal Saudi Air Force in the same area with an advanced surface-to-air missile.

Saudi Arabia and a number of its regional allies launched a devastating campaign against Yemen in March 2015, with the goal of bringing the government of Hadi back to power and crushing the Ansarullah movement.

The US-based Armed Conflict Location and Event Data Project (ACLED), a nonprofit conflict-research organization, estimates that the war has claimed more than 100,000 lives over the past nearly five years.

The Saudi-led coalition has been widely criticized for the high civilian death toll from its bombing campaign. The alliance has carried out nearly 20,500 air raids in Yemen, according to data collected by the Yemen Data Project.

The UN says over 24 million Yemenis are in dire need of humanitarian aid, including 10 million suffering from extreme levels of hunger.