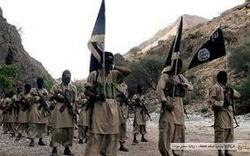 The Saudi-led coalition has transferred hundreds of al-Qaeda terrorists to Ma'arib province in Northern Yemen after recent defeats.

RNA - The Saudi-led coalition resorted to al-Qaeda terrorists after heavy defeats in the 9th Front which cleansed their forces and liberated a large number of points in Ma'arib and al-Jouf provinces by the Yemeni army, the Arabic-language al-Masirah news channel quoted an informed source as saying on Wednesday.

The source added that over 250 al-Qaeda terrorists, commanded by Abu Hajar al-Hazrami, were transferred to Ma'arib from Hadhramaut province in Eastern Yemen.

A Yemeni news website had disclosed earlier this month that Saudi Arabia and the UAE were using al-Qaeda in Yemen again despite claims that the terrorist group has ended its presence in the Arab country.

According to Fars News Agency, the Arabic-language al-Khabar al-Yamani news website reported that the UAE is making use of the al-Qaeda again in al-Shabwah province in Southern Yemen to restore its influence which was almost gone last year.

Meantime, Saudi Arabia is correcting the structure of the resigned government's forces which allows the al-Qaeda leaders to remain at the top of the rank.

According to the report, the Saudi-led coalition is attempting to deploy new forces, commanded by Zaki al-Haji who is linked with al-Qaeda in Lahij, to act as a wall stretching from Lahij to the West, from Yafe and Zale' to the Central parts of the country and from Baiza and Ma'arib to the East to prevent advance of the Yemeni army and Ansarullah forces.