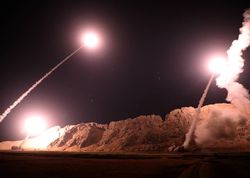 The new demand by the United States for the Taliban to reduce violence in Afghanistan before any withdrawal of American troops from the country is “empty rhetoric” because Washington “cannot win this war” and will ultimately withdraw, says an American writer and former professor.

RNA - US Secretary of State Mike Pompeo on Monday demanded “demonstrable evidence” from the Taliban that they can and will reduce violence before signing a deal to end America's longest war.

“The United States cannot win this war, they cannot make any significant impact on the country [or] on the Taliban, they can’t prevent the Taliban from doing whatever its doing,” said E Michael Jones, the current editor of Culture Wars magazine.

“They’re getting ready to leave anyway and this all empty rhetoric,” Jones said Tuesday in an interview with Press TV. “What they’re looking for is a graceful way to get out of the country.”

Speaking at a news conference Monday in neighboring Uzbekistan, Pompeo said a deal is close but that the US and Taliban have been close before and failed because the militant group was unable to demonstrate that they were committed to reducing violence.

Pompeo’s comments come as official military figures show that in the last quarter of 2019 the US dropped a record number of bombs in Afghanistan since 2013.

US special representative for Afghanistan Zalmay Khalilzad told Afghan President Ashraf Ghani in Kabul last week there has been “no notable progress” in talks with the Taliban in ending the nearly 19-year war.

Last week, a US military plane crashed in eastern Afghanistan, in Ghazni province, an area with a strong Taliban presence. The Taliban claimed responsibility for downing the aircraft.

Meanwhile, a US government watchdog has announced a surge in violent attacks in its war in Afghanistan, saying they climbed to record levels in the last quarter of 2019.

The Taliban and the US had been negotiating the deal for a year, and were on the brink of an announcement in September 2019 when President Donald Trump abruptly declared the process "dead".

Talks were later restarted between the two sides in December in Qatar, but were suspended again following an attack near the Bagram military base in Afghanistan, which is run by the US.

Washington has for weeks been calling on the militants to reduce attacks on US forces, posing it as a condition for resuming formal negotiations on an agreement that would see US troops begin to leave the country after a near two-decade war.

The US invaded Afghanistan in October 2001 and overthrew a Taliban regime in power at the time. But US forces have remained bogged down there through the presidencies of George W. Bush, Barack Obama, and now Donald Trump.

US is committed to press freedoms: Pompeo

Americans dissatisfied with the state of the US: Poll

US maximum pressure campaign against continues as before