US maximum pressure campaign against continues as before 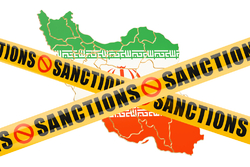 The United States’ recent de-listing of a Chinese tanker company from the long catalogue of its sanctions against Iran does not signal any policy change on the part of Washington, says a senior US administration official.

RNA - The United States’ recent de-listing of a Chinese tanker company from the long catalogue of its sanctions against Iran does not signal any policy change on the part of Washington, says a senior US administration official.

"Our maximum pressure campaign continues as before; we will sanction any sanctionable activity," the official told Reuters on Saturday, speaking on condition of anonymity.

"This administrative de-listing should not be misinterpreted as a change in policy," the official added.

On Friday, the US Treasury Department waived the bans it had imposed on COSCO Shipping Tanker (Dalian) Co for transporting Iranian oil.

Washington has taken its pressure against Iran to unprecedented levels under Trump.

As part of the policy, the US left a historic nuclear accord with Iran and world powers in 2018, defying its multi-party nature and the fact that it has been ratified in the form of a United Nations Security Council resolution.

The US then returned the sanctions that were lifted under the deal, which is officially known as the Joint Comprehensive Plan of Action (JCPOA). It has also been forcing other countries to follow suit.

AEOI Spokesman Behrouz Kamalvandi, however, asserted on Thursday that the move bears no effect on the Islamic Republic’s resolve to continue its nuclear energy program.

Tehran, for its own part, has begun a set of nuclear countermeasures in retaliation for the United States’ departure from the JCPOA and restoration of its bans. The measures also seek to retaliate for failure by Britain, France, and Germany – the three European signatories to the deal -- to retain their business interactions with Iran despite the sanctions.

As part of the retaliatory steps, Iran stopped recognizing the limits set by the deal on the level of its uranium enrichment activities and the volume of its heavy water reservoir.

On January 5, the country said it would no longer observe any operational limitations on its nuclear industry, whether concerning the capacity and level of uranium enrichment, the volume of stockpiled uranium or research and development.

The decision came two days after a set of US drone strikes assassinated senior Iranian commander and the most revered anti-terror military figure in the Middle East, Lieutenant General Qassem Soleimani, in Baghdad.

Former US lawmaker registered as lobbyist for Emirates in Washington

50 US soldiers diagnosed with brain injury after Iran strike: Pentagon