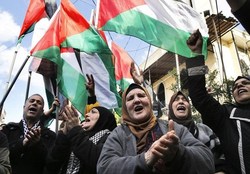 Iran's Foreign Ministry spokesman says Saudi Arabia has once again abused its right as the host of the Organization of Islamic Cooperation (OIC)’s secretariat in the city of Jeddah, barring an Iranian delegation from taking part in an emergency OIC meeting, which is aimed at rebuffing the US’ so-called peace plan for the Middle East.

RNA - "After unveiling of the so-called ‘deal of the century’ by the US president, the Palestinian Authority and secretary general of the OIC called for an emergency meeting of the body’s executive committee to be attended by the member countries’ foreign ministers to discuss this issue” on Monday at the OIC’s secretariat in Jeddah, Abbas Mousavi told reporters on Sunday.

“However, the government of Saudi Arabia, which is the host to secretariat of the OIC in Jeddah, violated obvious obligations of the host state of this international organization and the evident principles of such organizations, including the necessity of ensuring free participation of the member countries … and refrained from issuing visas to the Islamic Republic of Iran's delegation, which was to be headed by deputy foreign minister, Hossein Jaberi Ansari,” the spokesman added.

He said some OIC members have criticized the Saudi government for taking such an approach and accused it of taking advantage of the host state of this international organization, using the body in an inappropriate way to serve its own political interests and goals.

Mousavi added that the Iranian Foreign Ministry has sent an official protest note to the OIC secretariat warning that Saudi Arabia is abusing its right as the host of the OIC secretariat in order to obstruct the continuation of the organization's activities in different ways, including through imposing restrictions on free participation of member countries in the body's meetings in Jeddah, particularly those, which pertained to the important issue of Palestine.

In its note, the Iranian ministry has expressed serious doubt about the Saudi regime's qualification to continue hosting the OIC secretariat.

Defying international outcry, US President Donald Trump announced the general provisions of the scheme, which he has controversially dubbed “the deal of the century,” on Tuesday, with Israeli Prime Minister Benjamin Netanyahu at his side. Palestinian sides were conspicuous by their absence at the ceremony given their vociferous disagreement to the plot.

Iran's Islamic Revolution Guards Corps (IRGC) on Saturday denounced the US-hatched American-Zionist scheme, saying it is doomed to failure and would end in the dustbin of history.

It added that the “disgraceful” plan once again exposed Trump's “vicious” face and the hidden nature of the White House in opposing the Islamic Ummah more than ever and also revealed the “devotion of the terrorist and inhumane US rulers” to the “devilish demands” of the Israeli regime.