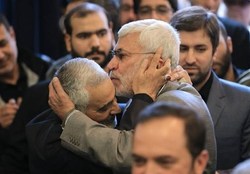 RNA - The politburo of Ansarullah in a statement on Friday described the operation as a war crime by the White House against the entire Muslim Ummah, the anti-Israel axis of resistance and the Palestinian cause, presstv reported.

“Washington assumed it could get rid of General Soleimani by means of his targeted killing, but one can rest assured that his blood will chase Americans more than ever,” it said.

The statement then called on Middle East nations to realize that their security and stability hinge upon the advancement of the project of liberation, and expulsion of occupying US troops from the region.

Meanwhile, the Ezzedine al-Qassam Brigades, the military wing of the Palestinian resistance movement Hamas, slammed the assassination, stating that the top Iranian general dedicated himself to the Palestinian cause and support for the axis of resistance.

The Palestinian group said in a statement that General Soleimani’s efforts focused primarily on the elimination of the Zionist entity and its occupation of Palestinian lands, and made his best endeavors to provide all forms of support to the axis of resistance in order to confront the Zionist enemy.

“Undoubtedly, his great role in this path made him a favorite target for (the United States of) America and the Zionist enemy. We offer our deepest condolences to our brethren in the Islamic Republic of Iran for the loss of such a great figure, and assure Arab and Muslim nations that the resistance front in Palestine will continue its struggle of confronting the Zionist enemy – the source of all evils in the entire Middle East.

“We are certain that the blood of Hajj Qassem Soleimani will be a curse on his assassins and the Zionist occupation regime,” the Ezzedine al-Qassam Brigades said.

Moreover, al-Quds Brigades, the armed wing of the Islamic Jihad movement, stated that General Soleimani long offered direct support to the Palestinian cause, and transferred a great deal of military and security expertise to the Palestinian resistance group.

“Today, we bid farewell to a combatant leader, who used to instill fear into the hearts of the US and the Zionist entity. The axis of the resistance will neither be defeated nor shattered, but would rather increase its cohesion and strength in the face of Zionist-American projects,” said Abu Hamza, a spokesman for the al-Quds Brigades.

Separately, the secretary-general of the Lebanese resistance movement Hezbollah severely censured the assassination of the top Iranian general in Baghdad early on Friday, emphasizing that Hezbollah will continue his path.

Seyed Hassan Nasrallah, in a statement released on Friday, underscored that the “murderous Americans would not be able, God willing, to achieve any of their goals with this great crime".

“Meting out the appropriate punishment to these criminal assassins... will be the responsibility and task of all resistance fighters worldwide,” he stated.

“We who stayed by his side will follow in his footsteps and strive day and night to accomplish his goals,” the Hezbollah chief said.

“We will carry a flag on all battlefields and all fronts and we will step up the victories of the axis of resistance with the blessing of his pure blood,” Nasrallah highlighted.

He then extended his deep condolences to Leader of the Islamic Revolution Ayatollah Seyyed Ali Khamenei and General Solemiani’s family.