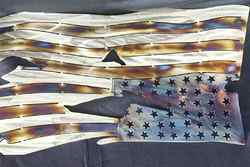 The nuclear deal signed between Iran and major world powers in 2015 — officially known as the Joint Comprehensive Plan of Action (JCPOA) — was imposed only on Iran and not on any other countries across the world and it would be “hypocrisy” for the United Nations (UN) if the international body complained about Tehran’s scale-back measures taken in response to Washington’s unilateral withdrawal from the landmark accord last year, says a US political analyst.

RNA - Michael Springmann, a Washington-based author and former US diplomat in Saudi Arabia, made the remarks on Press TV’s The Debate program on Friday while commenting on UN Secretary General Antonio Guterres’ call on all parties to the 2015 Iran nuclear deal to uphold their commitments to prevent further tensions.

In his report on the implementation of UN resolution endorsing the deal, Guterress stressed that the US sanctions on Iran were against the goals of the accord and expressed regret over the US withdrawal from the deal as well as Iran’s scale-back measures.

“This Joint Comprehensive Plan of Action was imposed on Iran, and only Iran — a signatory to the non-proliferation treaty. It was never imposed on any other country in the world including those who do have nuclear power such as the apartheid entity of Israel and India, both of whom have not signed the non-proliferation treaty,” Springmann told Press TV.

“So, it’s a little bit of hypocrisy for the United Nations Secretary General and his staff to put Iran in the dock for this thing because the Iranians are simply reacting as very slowly and as quietly as possible to the American tearing up of the agreement and imposing sanctions which were supposed to be relaxed and removed, and piling on yet more and more sanctions on the country,” he added.

The American author and former diplomat went on to say that, “It’s absolutely nonsense and shows that the American government is corrupt, incompetent and not legitimate.”

US President Donald Trump, a stern critic of the landmark deal, unilaterally pulled Washington out of the JCPOA in May 2018, and unleashed the “toughest ever” sanctions against the Islamic Republic in defiance of global criticism in an attempt to strangle the Iranian oil trade.

In response to the renewal of the sanctions, Tehran has so far rowed back on its nuclear commitments four times, in compliance with Articles 26 and 36 of the JCPOA, but stressed that its retaliatory measures will be reversible as soon as the European signatories — France, Britain and Germany — find practical ways to shield mutual trade from the US sanctions.

Michael Lane, the founder of the American Institute for Foreign Policy in Washington, was the other panelist on the program and said the US was to blame for the fate of the JCPOA after its abandonment of the deal.

“The United States is clearly the party that pulled out first and provoked whatever situation we are in,” Lane said.

“Iran faces very difficult choices, and very bad choices, and that is that they can continue to pull out section by section of the deal to the point where it does collapse on its own way… or its other choice is to cave in to the demands of the Trump administration to re-sit at the bargaining table and discuss the global issues that Trump wants to address, including missile development and extension of the JCPOA. Both of those are unattractive options to Iran but it needs to at some point pick one or the other,” he added.

In an interview with China’s CGTN TV channel on Tuesday, Iranian Deputy Foreign Minister for Political Affairs, Abbas Araqchi, censured the European signatories to the deal for their inaction to save the agreement after the US withdrawal.

Araqchi said that Iran could have pulled out of the accord after Washington quit last year but Tehran was convinced not to do so when the other participants promised to offset the US withdrawal.

Since last month, European members of the deal have begun raising the possibility of triggering the JCPOA’s “dispute resolution mechanism,” which is also known as the trigger mechanism, and whose activation can lead to the return of the UN sanctions on Iran.