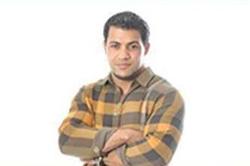 An imprisoned anti-regime activist from Saudi Arabia’s oil-rich and Shia-populated Eastern Province has reportedly lost his life, as a crackdown led by Crown Prince Mohammed bin Salman against pro-democracy campaigners, Muslim preachers and intellectuals continues in the kingdom.

The 38-year-old man, a resident of al-Awamiyah town in the al-Qatif region of Eastern Province, is survived a wife and two sons, named Fares and Ridha.

Early on August 16, 2017, dozens of heavily armed Saudi regime agents, on board military vehicles, raided Al Ribh’s family home, and destroyed the door of the house with explosives.

They reportedly took the family members to a corner of the house at gunpoint, and then took away Al Ribh without an arrest warrant and providing any justifications.

According to Press TV, the protests have been met with a heavy-handed crackdown by the regime, with regime forces increasing security measures across the province.