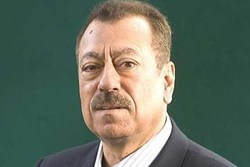 Abdel Bari Atwan, the editor-in-chief of Ray al-Youm newspaper, wrote that the US and Israeli-made scarecrow of fighting against Iran's threat and influence in the region is no more convincing given the rapid political developments in the region and Tehran's growing ties with neighbors.

RNA - "It seems that the Persian Gulf littoral states, or better to say, most of them, are getting rid of the scarecrow trap laid by Israel and the US to intimidate them of ties with Iran and they are opening channels for talks with Tehran to resolve the differences through talks which is a wise policy," Atwan wrote on Monday.

He added that even Saudi Arabia which showed clear hostility towards Tehran has resorted to mediators for rapprochement and is holding secret talks with Ansarullah movement in Yemen.

Atwan also referred to Israel's attempts to sign non-aggression pacts with the Persian Gulf Arab states, stressing that convergence with Israel and normalization of ties with the regime is the biggest danger threatening the Arab states after fundamental changes in the power equations in the region in the next few months and years.

Israel and its key ally, the US, have long launched propaganda against Iran's military development and role in the region, but Tehran has always underlined the defensive nature of its military program and helped the regional states in fight against the terrorist groups.

A leading Arab newspaper wrote earlier this year that Israel had since years ago fooled the regional Arab states with Iranophobia and attempted to use sectarianism in the region.

According to Fars News Agency, the Arabic-language al-Quds al-Arabi newspaper wrote in January that certain Arab states' attempts to have close relations with Israel under the pretext of confronting Iran showed their folly and lack of wisdom.

"This idea that confrontation against Iran necessarily needs unity with the Zionist regime and normalization of ties with Tel Aviv, which is merely an Israeli idea and will benefit the regime," it added.

The newspaper wrote that Israel had been for years using regional events to its benefit, and its recent success is misusing the sectarian war in the region and Iranophobia which had made certain Persian Gulf Arab states spend billions of dollars.