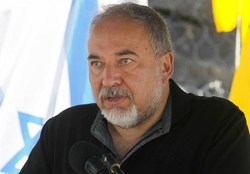 The Yisrael Beytenu party chief and former Israeli Defense Minister, Avigdor Lieberman, said that Israelis will not forgive the two rival party leaders if they fail to form a unity government and push Israel into a third election in less than a year.

RNA - “The citizens of Israel will not forgive you if you lead us to another round of elections just because of ego and personal matters,” Lieberman wrote in a Facebook post, The Times of Israel reported.

Lieberman himself helped trigger the second election, which took place in September, by refusing to throw the support of his party behind the Benjamin Netanyahu-led government following the April elections.

Avigdor, who leads the non-religious Yisrael Beytenu party, demanded that a bill regulating military conscription for seminary students be passed without changes, but the demand was rejected by Israel’s ultra-Orthodox parties, who then formed a single bloc with Netanyahu’s Likud.

In his Facebook post, Lieberman asserted that ideological differences between Likud and its main rival, the Blue and White party led by Benny Gantz, are minimal.

He blasted Netanyahu for his romance with the ultra-Orthodox, claiming that Netanyahu’s supporters were not voting for religion when they cast their ballots.

“Another round of elections will not lead to a different outcome but to a national disaster and economic paralysis that will be written in your name,” Liberman told the two leaders in his post.

“For the next new year… I urge you to show responsibility, put your egos and personal interests aside and establish a government that will begin to address the problems and challenges we face," he added.

The two main parties have so far failed to come to terms despite a week of negotiations.

In a statement, the Blue and White blasted Likud for a “Netanyahu first precondtition” and accused the party of garnering support for the upcoming elections with the aim of putting its leader in the ministerial chair, instead of looking for consensus. The Blue and White is demanding that Netanyahu step down as the Likud leader, citing ongoing fraud and breach of trust investigations against the Tel Aviv leader leader and his family.

Likud has blamed the Blue and White for not accepting a leadership rotation proposed by Israeli President Reuven Rivlin, under which both leaders would occupy the Prime Minister’s seat for two-year periods.

The negotiation teams agreed to make a final attempt on Wednesday, the same day as Netanyahu’s pre-indictment hearing begins with the attorney general.