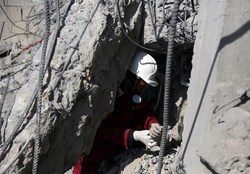 RNA - Al-Masirah TV reported that the victims lost their lives in an airstrike early on Monday. They were from the same family and had taken refuge in the mosque in order to avoid Saudi assaults.

According to the report, the Saudi fighter jets have carried out 11 airstrikes on the province over the past hours.

A Houthi official on Friday stated that the movement would stop targeting Saudi territories with drones and ballistic missiles, hoping Riyadh would reciprocate the gesture.