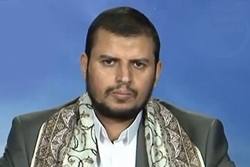 Leader of Yemen’s ruling Houthi Ansarullah movement says future attacks against those committing acts of aggression against his country, namely Saudi Arabia and allies, would be more painful than a series of recent strikes targeting oil installations east of the northern kingdom.

RNA - Abdul-Malik al-Houthi said on Saturday that if Saudis want to go ahead with their relentless bombardment of Yemen and its civilians, Ansarullah would target them and their allies deep in their territories.

“Now after suffering defeat, they better stop attacks and aggression against Yemen,” said Abdul-Malik making a reference to September 14 attacks by the Houthis on Saudi Arabia’s oil installations which cut the kingdom’s production in half and sent shockwaves across the global markets.

“In case aggression and blockade against Yemen continues, Yemenis’ attacks into the depth of territory of the aggressors would become more crushing and more painful,” he said in a statement carried by Houthis’ al-Massirah TV network.

The statement comes against the backdrop of renewed tensions in the Middle East, where the United States has sought to use the attacks on Saudi oil installations as a pretext to mount pressure on Iran.

Saudi Arabia’s Minister of State for Foreign Affairs Adel al-Jubeir leveled similar accusations against Iran on Saturday, saying the kingdom would measure its response to the attacks on Abqaiq and Khurais oil facilities based on results of an ongoing investigations.

“It was done with Iranian weapons, therefore we hold Iran accountable for this attack...” Jubeir told reporters, adding, “The kingdom will take the appropriate measures based on the results of the investigation, to ensure its security and stability.”

Without providing any evidence, Jubeir further said he was sure the attacks claimed by the Houthis did not come from Yemen, insisting they had originated from the north, without directly mentioning the Iranian territory.

Iran swiftly condemned the remarks, with Foreign Ministry Spokesman Abbas Mousavi saying they were meant to escape from the realities on the ground.

“It is a pity that the government of Saudi Arabia is always looking to divert attentions from its defeats through illusion about enmity of Iran and escaping from existing realities and facts,” said Mousavi in a statement.

The Iranian official called on the Saudis to refrain from laying blames on others and instead seek to immediately end the devastating war on Yemen which he said "has led to nothing but mass killing of innocent people”.

US drone kills 30 Afghan civilians instead of Daesh terrorists