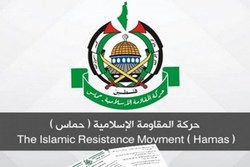 The Palestinian Islamic resistance movement Hamas has called on Saudi authorities to immediately release its high-ranking official Muhammad al-Khudari, who was detained in the conservative kingdom five months ago without any clear charges.

RNA - Osama Hamdan, the head of Hamas’ international relations committee, said on Saturday that those who work for Palestine should be honored and not put in jail.

“Over the past 30 years, the Hamas movement has gone through a lot of pain and abuse … We kept silent not out of weakness and inability, although we could have raised our voice every time. We are keen on retaining the nation’s compass towards the liberation of Palestine, and protect it against any sedition that will serve no one but our enemy,” he added.

“This is why we were silent about the arrest of Dr. Khudari and others. The Hamas leadership had made efforts to solve this issue peacefully, but we have reached a point where we cannot remain silent,” Hamdan pointed out.

Khudari, who has been living in Saudi Arabia for over 30 years, represented Hamas between mid-1990s and 2003 in Saudi Arabia. He has held other important positions in the Palestinian resistance movement as well.

Back on June 3, Lebanese Arabic-language daily newspaper al-Akhbar, citing informed sources who requested anonymity, reported that Saudi officials had been holding dozens of Saudi nationals and Palestinian expatriates in detention for months over affiliation to Hamas.

The report added that the most prominent figure among those arrested was Dr. Khudari.

Al-Ahbar went on to say that the campaign of arrests coincided with the closure and tight control of bank accounts, and a ban on sending any money from Saudi Arabia to the Gaza Strip.

On Thursday, Mustafa al-Assaf, a spokesman for the Jordanian Reform parliamentary bloc – which represents the opposition in parliament, told Arabic-language al-Khaleej Online news website that Saudi officials had arrested dozens of Jordanian nationals on charges of collecting and sending donations to impoverished Palestinians in the besieged Gaza Strip.

Assaf added that the arrest campaign was conducted against 60 Jordanians, despite the fact that they have lived in the country for many years without a criminal record or causing any security concerns.

Former Jordanian parliamentarian Hind al-Fayez also said the families of the detainees have been staging protests in front of the Saudi embassy in the Jordanian capital city of Amman to demand the immediate release of their loved ones.

“The Reform parliamentary bloc has followed up the issue of Jordanian detainees in Saudi prisons, and addressed the issue to the Ministry of Foreign Affairs and Expatriates several times, and the response was that it communicates with Saudi authorities,” Assaf said.

He added that arrested Jordanian citizens were collecting donations for people in the Gaza Strip with the knowledge and approval of Saudi officials, and were not doing anything other than that.

Over the past two years, Saudi authorities have deported more than 100 Palestinians from the kingdom, mostly on charges of supporting Hamas financially, politically or through social networking sites.

The Riyadh regime has imposed strict control over Palestinian funds in Saudi Arabia since the end of 2017.

All remittances of Palestinian expatriates are being tightly controlled, arguing these funds could be diverted indirectly and through other countries to Hamas.

Money transfer offices are asking the Palestinians to bring forward strong arguments for conversion, and do not allow the ceiling of one’s money transfer to exceed $3,000.