US will never give up ‘the ghost of its imperial ambitions’: Scholar 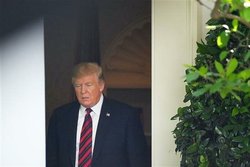 An American political analyst says the United States will never give up “the ghost of its imperial ambitions,” and that it will “continue to seek hegemony by hook or by crook.”

RNA - Dennis Etler, an American political analyst who has a decades-long interest in international affairs, made the remarks in an interview with Press TV.

North Korea has warned against a potential move by the United States to deploy ground-launched, intermediate-range missiles in South Korea, saying such a move would spark “a new Cold War” between the regional powers.

The North’s official Korean Central News Agency (KCNA) made the warning in an editorial on Wednesday, saying the potential deployment would be a “reckless act of escalating tension” in the region.

It also warned that any further deployment on the South’s soil would be a “path to self-destruction” that could turn South Korea into a “bullet-shield.”

The plan for a potential deployment was announced by Pentagon chief Mark Esper, immediately after President Donald Trump terminated a Cold War-era treaty — the Intermediate-Range Nuclear Forces (INF) — with Russia, which banned missiles with ranges of 500-5,500 kilometers.

Etler  said, “The US threat to place intermediate-range missiles in South Korea and elsewhere in the Asian Pacific is of concern not only to North Korea but China as well.”

“Mark Esper, US Secretary of War, has been floating trial balloons threatening to deploy intermediate-range missiles throughout the region. With the demise of the IMF treaty with Russia, the US feels unrestrained in placing missiles at North Korea's and China's doorstep. Overtures have been made to South Korea and the Philippines about placing missiles on their territory which would target North Korea and China in Northeast Asia and China in the South China Sea,” he added.

“Neither country has indicated any desire to do so, but US War Secretary Esper has declared his desire to place missiles in Asia sooner than later. He has stated that ‘I would prefer months...but these things tend to take longer than you expect,’” he noted.

“This indicates that the US will do everything in its power to try and cajole nations in the Asian Pacific region to accept its ‘protection,’ in other words reclaim the region as a US protectorate,” he said.

“This push by the US is a desperate attempt to reassert its military hegemony in the region. With China's rise regionally and globally the US now finds itself on the defensive and knows no other way of responding than by military posturing and threats,” he said.

“The US seems blind to history. When the US stationed missiles in Turkey that threatened the Soviet Union on its borders they responded by deploying missiles to Cuba, resulting in the infamous Cuban Missile Crisis which almost led to a nuclear catastrophe of incomprehensible consequences,” he said.

“Does the US want to trigger a similar confrontation with China and North Korea? Neither China nor North Korea poses a threat to the US. They have clearly demonstrated a desire to live and let live. But the US is never satisfied. They may seem to extend an olive branch on occasion but it should be clear by now that it does so with ulterior motives in mind,” he said.

“The US will never give up the ghost of its imperial ambitions. It will continue to seek hegemony by hook or by crook. Its actions speak louder than its words, and its words can never be trusted,” he stated.