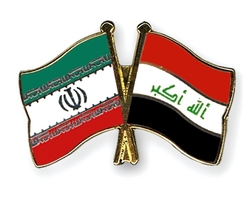 Iraq’s ambassador to Iran says the Arab country dearly needs Tehran’s economic and technical support as it seeks to rebuild territories ravaged by Daesh terrorists while insisting that US pressure would fail to break the intimate bonds between the two neighbors.

RNA - “Huge damage was inflicted on Iraq during the time of Daesh and we need Iran’s contribution to reverse the damage,” said Sa’ad Jawad Qandil while addressing a trade conference in Tehran on Saturday.

Qandil said US economic sanctions on Iran would be no deterrent to Iraq and its efforts to consolidate trade and business ties with its Iran, insisting the two neighboring countries were “determined to weather the crisis”.

He said Iraq’s refusal to adhere to US sanctions on Iran was meant to compensate Iran’s support for Iraq which persisted until two years ago when the Arab country purged Daesh militants from its territories.

“As Iran was beside Iraq at the time of Daesh insurgency, now Iraq will stand by its friendly and neighboring country during sanctions,” said the Iraqi ambassador.

In his speech, Qandil expressed hope that the value of trade between Iraq and Iran could increase from the current level of $12 billion and reach a target of $20 billion a year.

According to Press TV, he said that Iraqi embassy in Tehran was ready to issue free-of-charge visas, which has been in place for Iranian pilgrims since last year, for businessman, saying the process would be carried out  in the shortest time possible.

The envoy also called for setting up industrial zones in regions near the border between Iran and Iraq, saying the move would lead to economic developments in those areas.