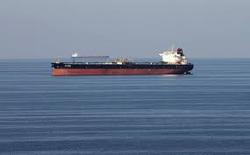 RNA - In the latest development, Russia’s foreign ministry condemned the UK’s action by describing it as a “deliberate step” to inflame regional tensions.

Prior to this, the Spanish daily El Pais reported that Spain was set to complain against the seizure in waters which Madrid claims as its own. Earlier, the Spanish Foreign Minister, Josep Borrell, had questioned Britain’s stated motive of seizing the tanker, Grace 1, to enforce European sanctions against Syria.

According to Mr. Borrell, the British action had been prompted by a request from the United States.

It is clear that Spain has been humiliated by the British action, which forced a Spanish Guardia Civil vessel to stand by as British Royal Marines from 42 commando swooped upon the Iranian super-tanker.

The British claim that the military seizure was prompted by the receipt of information from the so-called Gibraltar government has touched off a flurry of ridicule and indignation.

Analysts and experts have been at pains to point out that the so-called Gibraltar government is merely a colonial construct which cannot make any decisions on diplomacy and international affairs without London’s direction.

Provoking a diplomatic incident with Spain is just one consequence of Britain’s illegal action in Spanish territorial waters.

Even if the British version of events is accepted at face value, the UK still risks widespread international condemnation by attempting to enforce sanctions whilst simultaneously violating a sovereign nation’s territorial integrity.

As some analysts have pointed out, if the real issue at stake is the enforcement of EU sanctions against Syria, then Spain was the country best-placed to execute that task.

Spain not only exercises sovereignty in that area, but equally important Madrid is an enthusiastic member of the European Union. By contrast, the UK is set to crash out of the EU in three months.

More broadly, Britain’s aggressive action in the Gibraltar Strait is consistent with her policy of inflaming tensions in the Persian Gulf. As analysts have pointed out, true to form, the UK is conducting provocative and illegal actions under the guise of legality, in this case the enforcement of sanctions.