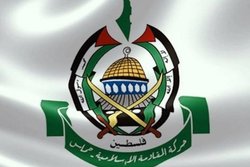 A high-ranking official from the Palestinian Hamas resistance movement says his group will continue its activities against US President Donald Trump’s controversial proposal for “peace” between the Israeli regime and Palestinians, dubbed “the deal of the century.”

RNA - Khalil al-Hayya said he believed Palestinians were capable of confronting and thwarting all attempts to liquidate their national cause, emphasizing that Hamas would join forces with all Palestinian parties to frustrate conspiracies targeting their cause.

Hayya went on to say that the US-sponsored Bahrain economic workshop, held late last month, had failed just before it was convened because the Palestinians had decided to boycott the event.

The senior Hamas official then stressed the importance of Palestinian unity in the face of such conspiracies, lauding official and popular efforts by Arab and Muslim countries against the Bahrain conference.

Meanwhile, Ismail Haniyeh, the head of the Hamas political bureau, expressed his movement’s profound gratitude to Lebanese Parliament Speaker Nabih Berri for his rejection of Trump’s much-touted proposal as well as the Bahrain conference.

The so-called Peace to Prosperity workshop opened in Bahrain on June 25 and ran through June 26.

Demonstrators gathered in Ramallah, Bethlehem, Jenin, al-Khalil, Tulkarm, Salfit, Qalqilyah and Ariha, while a general strike was staged in the besieged and impoverished Gaza Strip.

“Any plan that includes the liquidation of the Palestinian cause … is rejected by the Palestinians and is not debatable or negotiable,” Saeb Erekat, secretary general of the executive committee of the Palestine Liberation Organization (PLO), said in a statement.