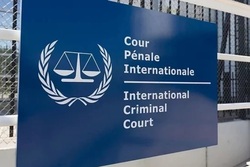 The International Criminal Court's (ICC) chief prosecutor filed an appeal challenging the court's rejection of a probe into war crimes in Afghanistan by invading US forces, local Afghan troops as well as Taliban and other militant groups.

RNA - The 17-page appeal document filed on Friday by the court’s lead prosecutor Fatou Bensouda, which will be heard by a trial court, was the first step in the legal process to appeal ICC’s ruling in April to block the investigation based on difficulties of gathering evidence and budgetary issues, World News reported.

Bensouda argued that the court’s decision to block an investigation “affects not only the outcome of any trial but also the very possibility of a trial occurring”, according to the document.

In mid-April, a panel of pre-trial judges rejected the proposed probe into war crimes committed in Afghanistan, arguing that it would not serve justice because an investigation and prosecution were unlikely to be successful as those targeted --- including American forces, Afghan authorities and Taliban militants --- were not expected to cooperate.

Bensouda insisted in her appeal, however, that such an argument is contrary to the reason the court was established --- to prosecute grave crimes when national authorities are unwilling or unable to do so.

"While the Prosecution is very mindful of the challenges in pursuing investigations or prosecutions in circumstances when cooperation is limited ... it remains the case that these challenges are part of its statutory responsibility," wrote the ICC prosecutor.

Patrick Baudouin, President of the International Federation for Human Rights, called the rejection a "dark day for justice" and a "shocking decision, which is based on a deeply flawed reasoning".

According to press reports, among issues Bensouda intends to challenge in the appeal is whether the pre-trial judges even have the power to reject her request based on what they determined to be “the interests of justice”.

Bensouda wrote that her request for an appeal is not simply disagreeing with the rejection, "but rather represents a legal issue of constitutional importance for the continued practice of the Court as a whole".

ICC prosecutors had identified the Taliban and its affiliates, members of the US armed forces and its CIA spy agency as well as local Afghan authorities as potential perpetrators of crimes under the court’s statute.

Prosecutors had further pointed out that there were preliminary grounds to believe American forces committed war crimes in Afghanistan as well as in various CIA detention facilities around the world in 2003 and 2004.

The alleged atrocities took place in all 34 of Afghanistan’s provinces, with a number of crimes – including torture – allegedly perpetrated at CIA-operated black site facilities in countries such as Poland, Lithuania and Romania, where suspected elements of the Taliban or al-Qaeda were held for interrogation.

However, the case triggered a harsh backlash from the hawkish administration of US President Donald Trump, which revoked back in April the entry visa of the ICC prosecutor and threatened to do the same against other court personnel.

The ICC judges' rejection of the war-crime investigation followed Washington’s move to ban Bensouda’s entry into the United States.

Bensouda’s office confirmed in early April that Washington had slapped a visa ban on her, stressing that according to the Rome Statute governing the organization, she has an “independent and impartial mandate.”

The move against ICC’s lead prosecutor came less than a month after US Secretary of State Mike Pompeo announced restrictions on ICC staff who engaged in investigating American or allied personnel.

“I'm announcing a policy of US visa restrictions on those individuals directly responsible for any ICC investigation of US personnel,” Pompeo said at a State Department briefing in mid-March.

The US insists that the ICC does not have jurisdiction over American citizens because the US never ratified the Rome Statute, which established the court in the first place.

The US invaded Afghanistan in October 2001 and overthrew a Taliban regime in power at the time. But US forces have remained bogged down there through the presidencies of George W. Bush, Barack Obama, and now Trump.

The ICC has repeatedly highlighted alleged abuses of detainees by American troops between 2003 and 2005. It believes the human rights violations have not been adequately addressed by the US government.