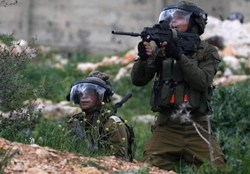 Israel has closed two vital border crossings between the occupied territories and the blockaded Gaza Strip.

RNA - Israeli authorities said on Sunday that the Kerem Shalom crossing for goods and the Erez crossing for people would remain closed until further notice.

The crossings were closed presumably over celebrations for the Jewish holiday of Shavuot, known as the Feast of Weeks in English, which ends on the evening of June 10.

The Kerem Shalom land crossing between the southern Gaza Strip and the occupied territories is the main export-import terminal for the inhabitants of the sliver.

The Erez crossing is situated at the northern end of the Gaza Strip. It indirectly links Gaza to the occupied West Bank.

Gaza has been under Israeli siege since June 2007, which has caused a decline in living standards. Israel has launched three major wars against the enclave since 2008, killing thousands of Gazans each time and shattering the impoverished territory’s already poor infrastructure.

The Israeli regime recently tightened the restriction it imposes on fishing vessels off the Gaza shore after it claimed that incendiary balloons had been launched from the besieged enclave toward the occupied territories. The regime announced Thursday that as of Wednesday, the fishing limit for Gaza fishermen had been reduced from a maximum of 15 nautical miles to 10

In recent years, Israeli forces have carried out more than 100 attacks on Palestinian fishing boats, arresting dozens of fishermen and confiscating several boats.

Tensions have also been running high near the fence separating Gaza from the occupied territories since March 30 last year, which marked the start of a series of protests called “The Great March of Return,” during which Palestinian protesters demand the right to return for those driven out of their homeland.

The violence has so far left at least 305 Palestinians dead and more than 26,000 others wounded, according to the Gaza Health Ministry.