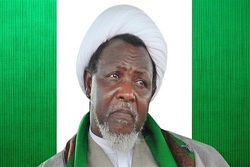 The lawyers of Shaykh Ibrahim Zakzaky have called the High Court of Justice in Nigeria to ‎dismiss his case and release their client and his wife immediately.‎

RNA – The lawyers of jailed Muslim cleric Shaykh Ibrahim Zakzaky have called for the ‎dismissal of the case against him and his wife as well as their immediate release from the ‎Nigerian government’s captivity.‎
‎ ‎
Shaykh Zakzaky’s lawyers demanded, in a motion presented to the High Court of Justice in ‎Nigeria on Thursday, that all charges against him and his wife be quashed, and that they are ‎freed as soon as possible.‎
‎ ‎
Masoud Shajareh, the head of London based Islamic Human Rights Commission said that the ‎reality is that Zakzaky was arrested in 2015 and one thousand of his supporters were ‎slaughtered.‎

‎“In 2016 the High court of Nigeria ordered he should be released and compensation should ‎be paid to him. But he wasn’t released and transferred to state court in Kaduna under the ‎same charges,” he added.‎

‎“About two hundred of Shaykh Zakzaky’s supporters were also charged with the same accusations ‎but they were acquitted by the same court. So, there is no evidence in his case and Shaykh Zakzaky ‎and his wife should be released immediately,” Shajareh stressed.‎