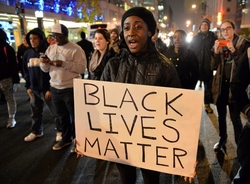 Just three weeks ago, Miguel Rodriguez was enjoying a pleasant life, working as a waiter in a Maryland restaurant in a job he held for 20 years.

RNA - The American economy was going strong and he had a comfortable living situation.

Everything changed overnight when La Ferme, a French restaurant in the upscale Chevy Chase suburb of Washington, was forced to close amid statewide shutdowns to try to contain the coronavirus outbreak.

His wife, a waitress at another restaurant, also lost her job.

The pandemic instantly threw millions of US workers off the payroll and into poverty, in a crisis that is revealing and further exacerbating inequalities in the world's largest economy.

Low-income and middle-class households will be the first and hardest hit, and they have little in the way of savings.

"This is an extraordinary blow to millions of Americans who had barely recovered from the 2008 financial crisis," said Edward Alden, an expert at the Council on Foreign Relations.

Real wages took eight years to recover after the crisis, and had only accelerated for lower-paid workers in the past two years, he said.

Wages in 2019 rose at the fastest rate in 20 years partly thanks to some states increasing the minimum wage.

"This crisis, with the huge increase it is bringing in unemployment, will erase those gains," Alden said.

A decade of employment gains came to an abrupt halt in March, as the economy jettisoned 701,000 jobs and the unemployment rate posted the biggest increase in 45 years, rising to 4.4 percent.

President Donald Trump, who is running for re-election in November, regularly touts the record low unemployment among Hispanics and blacks.

But the jobless rate for both groups surged last month.

Even during years of economic growth, inequalities have continued to widen between wealthiest Americans -- who accumulated substantial gains on Wall Street -- and the bottom 90 percent.

The COVID-19 pandemic has pushed the global economy into recession and the downturn "will exacerbate inequality," said Gregory Daco, chief economist at Oxford Economics.

Nearly 10 million workers filed for unemployment insurance in the final two weeks of March, and those "sudden job losses are concentrated in the low-income service sectors" in a country with few social safety nets and an extremely low savings rate of around eight percent.

Rodriguez, 55, is saddened to have to rely on unemployment benefits for the first time since arriving in the United States in 1983 from El Salvador.

And he worries payments, which do not take into account tips, which make up the majority of his earnings, will not be enough to provide for his three children.

"I have some savings now but I can survive for a couple of months," Rodriguez told AFP.

He is not alone: half of all Americans do not have emergency savings to deal with unforeseen financial difficulties, according to a survey by Oxford Economics.

In the lowest-income households the situation is more dire, as three-quarters lack a financial cushion.

"So it's the people who need it most who have the least," Daco said.

And as the coronavirus continues to spread, it remains unclear how long the economic shutdown will last.

Bradley Hardy, professor at American University, cautioned that "we must brace for impacts on employment and wages that would last into at least early 2021."

"Given low savings rates and high levels of installment debt, many US households do not have the needed cushion to push through the economic headwinds that have arrived," he said.

Just like the 2008 global financial crisis, Alden said, "this one has highlighted the enormous vulnerability of many Americans."

Lower-income individuals are woefully unprepared for retirement, and many Americans into their 70s and 80s likely will have to continue to work.

The Saint Louis branch of the Federal Reserve found that among those who lack a high school diploma, only 22 percent have a retirement savings plan. And even when they do, the median balance is only $35,000.

But Hardy said "this recession will have negative impacts across the income distribution, including for some ostensibly well-off households."

"Any threat to their income flow would therefore be quite dangerous for these families" he said, and "this is disproportionately true for black middle class households."

Rodriguez is trying to remain hopeful even though he has a mortgage and a car loan to pay.

"I think as soon as we sort it out the economy will come back stronger."

Iran by far outpaces US in fight against COVID-19

No moral responsibility involved in America’s dealings with Iran: Writer

‘Trump denigrating science’ as virus wreaks mayhem in US: Analyst