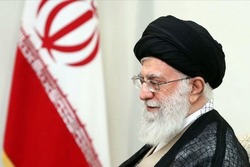 Leader of the Islamic Revolution Ayatollah Seyyed Ali Khamenei has issued an edict to Iran's top general, emphasizing the need for the establishment of a “health and treatment base” to prevent further spread of an ongoing coronavirus epidemic in the country.

RNA - In his Thursday edict, which was addressed to Chairman of the Chiefs of Staff of the Iranian Armed Forces Major General Mohammad Baqeri, Ayatollah Khamenei first commended the services, which have been so far rendered to the people of Iran by the Armed Forces in their drive to hamper further spread of coronavirus.

Ayatollah Khamenei added, “In addition to establishing such treatment facilities as field hospitals and infirmaries, and so forth, you must focus on prevention of further spread of this disease through necessary means as well.”

“Since there is some evidence that this incident might be a ‘biological attack’, this measure could be also some form of biological defense drill, which would add to national power and strength [of the country],” the leader said.

Defense Minister Brigadier General Amir Hatami also assigned his ministry's subsidiary organizations with the task of mass-producing liquid disinfectants and protective gear, including face masks, which are currently in high demand and are being freely distributed by health centers countrywide.

On March 1, it was revealed that a major military-funded Iranian research center was developing drugs as well as a vaccine for coronavirus to boost the government’s efforts to battle the outbreak.

Chancellor of the Baqiyatallah Medical Sciences University (BMSU), which is affiliated to the IRGC, said three research teams at the academic center were working on treatments for coronavirus, adding that one of the groups had already come up with a drug that could be used to cure the illness. “One of the drugs has passed laboratory tests and we hope we could gain a positive result in the clinical stage,” said Brigadier General Alireza Jalali, who leads the BMSU.

On Wednesday, a ceremony in Tehran featured unveiling of a first model of a domestically-manufactured thermal imaging camera, produced by SAIran, an electronics company run by the Defense Ministry.

The infra-red device was comparable to foreign products when it comes to precision in diagnosing fever, the company said, while the authorities attending the ceremony said the camera would enter the mass-production stage in near future.