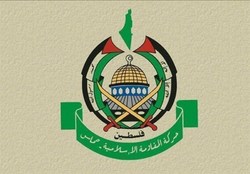 A Hamas spokesman condemned the continued detention and prosecution of Palestinian figures in Saudi Arabia over their support for the Palestinian resistance movement, urging Riyadh to immediately release them.

RNA - “The national and pan-Arabism duty requires honoring those people and not trying them in this way,” Hazim Qassim told Lebanon’s Arabic-language al-Mayadeen television on Sunday.

He added that Arab countries should reinforce the Palestinian cause and “not to weaken its resistance with such trials”.

The spokesman said Hamas has contacted various parties to secure the release of Palestinian detainees in the kingdom, expressing hope that Saudi authorities would respond to those efforts and release the detainees.

His remarks came as a Saudi court on Sunday held the first hearing in the case of 68 Palestinian and Jordanian detainees.

According to al-Mayadeen, the detainees are charged with “supporting terrorism and financing it” and belonging to “a criminal terrorist entity”.

Senior Hamas official Muhammad al-Khudari and his son Hani, who were arrested last April, were among those who stood trial on Sunday.

Al-Khudari represented Hamas in Saudi Arabia between the mid-1990s and 2003. He has held other important positions in the Palestinian resistance movement as well.

Saudi Arabia’s repressive measures against the Palestinian resistance movement as well as those seeking to collect donations for people living in the Israeli-blockaded Gaza Strip come as the kingdom and Israel are believed to be planning to publicize their secret ties.

Gaza has been blockaded by the Israeli regime since 2007.

According to Fars News Agency, the Prisoners of Conscience, a non-governmental organization advocating human rights in Saudi Arabia, announced on February 12 that the kingdom had detained a number of Palestinians, including the relatives or children of those imprisoned last April for the same reason.

Over the past two years, Saudi authorities have deported more than 100 Palestinians from the kingdom, mostly on charges of supporting Hamas financially, politically, or through social networking sites.