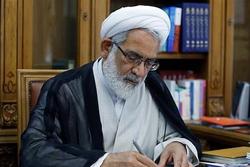 Iran’s prosecutor general has said that hoarding and other illegal behaviors seen as disruptive to the supply of healthcare items at the time of a coronavirus surge in the country could entail punishments as severe as the death penalty.

RNA - Mohammad Ja’far Montazeri said on Sunday that Iran’s criminal law views any attempt to disrupt the supply of highly-needed medication and other healthcare data-x-items as a form of spreading corruption on earth, a crime punishable by death.

Montazeri said that Article 286 of the Islamic Punishment Code stipulates that any act to “disrupt the public health mechanisms” would be a “violation of the bodily integrity” of the individuals living in society.

“It is not only viewed as a crime but it faces a punishment on par with spreading corruption on earth,” said the prosecutor in response to a letter addressed to him by Iran’s health ministry.

The official said that his office would be ready to fast-track cases involving hoarding and other disruptive behaviors identified by the health ministry as illegal at a time of the surge of coronavirus cases in Iran.

The warning comes as Iran is struggling to contain the spread of a new coronavirus that began in the country some two weeks ago and more than a month after it began in central China.

Iran has become a hotspot of the infection in the Middle East region with nearly 1,000 confirmed cases and dozens of deaths.

Authorities have introduced some extraordinary measures to curb the virus, including days-long closure of schools and other places of gatherings.

The government has also ordered a ramp-up of production for protective gears needed to confront the spread of the infection, including face masks and disinfectants.

Iran Calls for De-Escalation of Tensions in Syria’s Idlib

US Obstructing Medications Imports into Iran