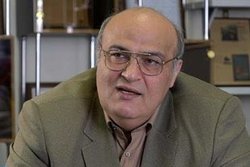 Representative of the Iranian Jewish community at the parliament Siamak Mareh Sedq blasted certain regional states for concealing the precise number of their citizens infected with corona virus.

RNA - “Some countries are attempting to introduce Iran as a platform for the spread of the coronavirus, while they have been engaged with with the disease and do not even have the needed capability to diagnose it,” Mareh Sedq told Fars News Aency on Wednesday.

He added that these countries have not even released any specific data on the number of their infected citizens and fatalities.

The new coronavirus is spreading rapidly in the Middle East, with cases recorded in at least nine countries in the region - six of them reported their first infections only in the past week.

Officially known as COVID-19, the disease has spread to 34 countries and killed more than 2,700 people globally, the vast majority in China where the virus first emerged in late December.

The United Arab Emirates (UAE) was the first country in the Middle East to register a case of COVID-19. On January 29, the UAE's health ministry said four members of a Chinese family who arrived from Wuhan, the Chinese city at the epicentre of the outbreak, had tested positive for the virus. Another nine cases have since been confirmed.

Egypt reported its first case - a foreigner who did not show serious symptoms - on February 14, according to the health ministry in Cairo.

On February 19, Iran said two elderly people had died in the city of Qom after testing positive for the virus. Authorities have since reported 139 infections and 19 deaths.