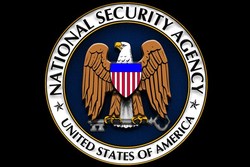 US ambassador to Germany Richard Grenell, who was appointed by President Donald Trump to lead America’s spy agencies, is “uniquely unqualified” due his lack of political temperament, intelligence experience and focus, experts say.

RNA - Grenell was named acting Director of National Intelligence on Wednesday, a temporary status which means he will not face a Senate confirmation process unless he is picked for a permanent position.

His selection follows the pattern of an administration that prizes loyalty and has an inclination for choosing “acting” cabinet secretaries.

“This whole appointment of Richard Grenell to be the American acting Director of National Intelligence is a particularly bad choice on the part of Mr. Trump,” said Mark Dankof, who is also a broadcaster in San Antonio, Texas.

“So when you start looking at this guy, both in terms of temperament and experience, as well as his third issue of focus, he is uniquely unqualified, and it’s amazing that that the president of the United States, presumably against all sound advice, elected to put Grenell in this latest post,” he added.

Intelligence experts are skeptical that Grenell, the first openly gay member of in any US administration, is qualified for the job.

Former intelligence officers say he lacks the broad military and national security experience of the acting director he replaces, Joseph Maguire, as well as previous officials who have held the position. Maguire had been director of the National Counterterrorism Center and had a 36-year career as a naval special warfare officer.

“He is probably the most unqualified individual ever appointed to this position," Larry Pfeiffer, a former longtime intelligence agency official, told The Associated Press.

The appointment of Grenell, an outspoken Trump loyalist, is a continuing effort by Trump to wield personal control over the spy agencies, according to multiple US reports.

Trump has been mistrustful of the US intelligence community, describing it as part of a “deep state” of established bureaucrats that seek to undermine his policies.

Grenell has history of highly political, pro-Trump messages on social media, including suggesting that alleged Russian meddling in the 2016 US elections actually helped former Secretary of State Hillary Clinton over Trump.

Grenell will continue to keep his ambassador post as well as a third job as special presidential envoy for Serbia and Kosovo peace negotiations. Former CIA officials expressed shock that Grenell would try to take on two of those jobs at the same time, let alone all three.

Since his appointment by Trump as US ambassador in Germany in 2018, Grenell has infuriated many in Germany’s political establishment by openly criticizing Berlin’s policies, including German Chancellor Angela Merkel's decision to welcome more than a million asylum seekers in 2015 and 2016.