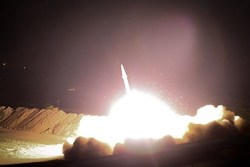 Veterans of Foreign Wars, an American organization advocating for military veterans, has called on President Donald Trump to apologize for downplaying brain injuries that were inflicted on the country's soldiers during Iran’s retaliatory strikes at a US base in Iraq.

RNA -  “TBI is a serious injury and one that cannot be taken lightly. TBI is known to cause depression, memory loss, severe headaches, dizziness and fatigue — all injuries that come with both short- and long-term effects,” VFW said in a statement.

Over 30 US service members have suffered traumatic brain injuries (TBI) after Iran attacked the Ain al-Assad air base in response to assassination of Major General Qassem Soleimani.

“The VFW expects an apology from the president to our service men and women for his misguided remarks. And, we ask that he and the White House join with us in our efforts to educate Americans of the dangers TBI has,” read the statement by Veterans of Foreign Wars National Commander William "Doc" Schmitz.

The Pentagon made the announcement on Friday over three weeks after the January 8 attack.

Nine service members are reportedly being treated in Germany while some have already been sent home for additional treatment.

Tensions have been rising between the US president and former commanders as well as active duty senior officers in the wake of General Soleimani’s assassination following his order.