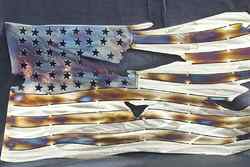 The Islamic Republic of Iran is approaching its forty-first anniversary celebration of the victory of its revolution that freed Iranians from the oppressive yoke of the US-imposed dictator, Mohammad Reza Pahlavi.  Yet recent events such as the assassination of Lieutenant General Qassem Soleimani and the downing of a Ukrainian International Airlines plane have created a somber background for what should be a festive occasion.

The Islamic Republic of Iran is approaching its forty-first anniversary celebration of the victory of its revolution that freed Iranians from the oppressive yoke of the US-imposed dictator, Mohammad Reza Pahlavi.  Yet recent events such as the assassination of Lieutenant General Qassem Soleimani and the downing of a Ukrainian International Airlines plane have created a somber background for what should be a festive occasion.

These two tragic events were not isolated; the US appears once again to be attempting to provoke a war with Iran, a brief three years after the Joint Comprehensive Plan of Action (JCPOA) was signed by the P5+1 nations, and hope of improved relations between the Islamic Republic and America seemed to be on the horizon.  The brazenly arrogant US president in league with his overtly Iranophobic secretary of state not only has shot down those hopeful expectations, but also has once again made the specter of war breaking out a frighteningly real possibility.

The US has never forgiven the Iranian people for overthrowing its dictatorial puppet ruler and thus breaking free from US hegemony.  American General Robert Huyser was sent to Tehran, arriving on January 3, 1979, almost two weeks before the former shah fled the country on January 16, for the purpose of planning a coup to install another ruler acceptable to Washington.   On February 1, Ayatollah Seyed Mousavi Ruhollah Khomeini made a triumphant return to Iran after fifteen years of exile, and went on to found an Islamic Republic, much to the chagrin of the US hegemon. The Washington regime has never recovered from the loss of its local enforcer in the Persian Gulf, and has been busily trying to recoup ever since.

Later in November of that auspicious year of the victory of the Islamic Revolution, many Iranian students felt that because of the former shah’s entry into the US, a coup d'état attempt was imminent.  Therefore, some of them, including current Vice President for Women and Family Affairs, Massoumeh Ebtekar, took preemptive action by occupying the US embassy in Tehran and detaining the staff, some of whom were later found to be CIA operatives. US President Jimmy Carter authorized an abortive rescue operation in April 1980 to free the hostages, after negotiations had failed to yield sufficiently rapid results, but the mission ended in disaster, with eight Americans losing their lives in the fiasco.

The embassy takeover by the students in November 1980 likewise was a watershed event for relations between the fledgling Islamic Republic and America. The revengeful war hawks in Washington have never forgotten how 52 Americans were detained for a total of 444 days.  At the same time, the war planners in Washington steadfastly refuse to acknowledge, or are oblivious to the fact that the oppressed people of Iran were held hostage by the US under the brutal rule of their imposed Pahlavi dictator for a period of 25 years—over 9,000 days—against which the detention period of the embassy personnel pales in comparison.

After failing to free the embassy hostages, Carter gave a green light to Iraqi dictator Saddam to attack Iran on September 22, 1980 with 45,000 troops on four fronts simultaneously.  After a bloody 8-year-long war, which Washington expected to topple the Islamic government in Tehran, Iran accepted a United Nations mandated ceasefire, but not before over half a million Iranians had been martyred in defense of their country,  and the US had brazenly downed Iran Air Flight 655 killing all 290 on board.

Since the Trump regime came to power in 2017, it has unceasingly been attempting to drag the Islamic Republic into a war.  No sooner than the current occupant of the Oval Office assumed his position that he had issued an executive order banning Iranians and citizens of six other Muslim-majority countries, namely Iraq, Libya, Somalia, Syrian, Sudan and Yemen, from entering the US, which has been followed by successive Islamophobic and xenophobic policies that have become characteristic of the Trump regime.

With Mike Pompeo taking over the helm at the US State Department in April 2018, the “maximum pressure” campaign against Iran really ramped up.  By May 2018, Pompeo had convinced Trump to withdraw the US from the JCPOA.  Iran was accused of mining the Straits of Hormuz and attacking tankers, after which Trump threatened the Islamic Republic with a military strike in retaliation for shooting down one of the US Navy’s most advanced high-tech drones, which had violated Iranian airspace. The US president supposedly called off the threatened retaliatory attack at the last minute out of his concern for possible loss of life.

In July 2019, the unscrupulous regime in Washington offered a bribe to the captain of the Iranian oil tanker, Adrian Darya 1, in a bald-faced attempt to entice the ship’s master, Captain Akhilesh Kumar, to move to a place where the US could seize the vessel and its cargo of 2.1 million barrels of crude oil. As an aside, for his incorruptible honesty and ethical behavior, Captain Kumar made Lloyd’s list of the 100 most influential people in the shipping industry.

Early Friday morning on January 3, 2020, the US draft-dodger-in-chief ordered the gangland-style assassination of General Soleimani, along with Abu Mahdi al-Muhandis, both of whom were instrumental in the defeat of the Daesh terrorist group that had infested Syria and Iraq, and posed a threat to Iran and the rest of western Asia.  Martyr Soleimani was killed allegedly in retaliation for the death of an American contractor at an Iraqi base near Kirkuk.

With this exceptionally imprudent provocation, Trump not only unleased a massive backlash of anti-American anger throughout the Middle East, but also triggered a measured but highly effective retaliatory response by Iran, which launched a salvo of missiles at two bases in Iraq, after warning the US in advance to minimize collateral damage. According to reports from an eyewitness at Ain al-Asad, the missile strike targeting the base was so accurate that some of the US Blackhawk attack helicopters were literally cut in two inside their Quonset hut hangers. Yet both Trump and his chief hit man, Pompeo, incredulously insisted that their wanton act of US state-sponsored terrorism was “to stop a war.”

The accidental and most regrettable downing of Ukrainian International Airlines Flight PS-752, may involve more than human error under incredibly tense conditions. With the plane’s IFF transponder switched off, the Tor missile defense system, which had reverted to manual operation because of an unknown source jamming communications, would have automatically identified the plane as “hostile”. The Iranian missile operator, unable to contact higher-ups for verification due to the disrupted communications and given the high level of alert, had little basis to question the hostile tag applied by Tor to the aircraft.

Given that the US military has known capabilities to alter or mask IFF transponder signals, as does the Israeli regime, it is entirely possible that this tragedy, which led some protesters to blame the Iranian government, may have been deliberately caused by the US in collusion with its Zionist ally in hopes of triggering their goal of regime change. While no clear evidence of tampering with the transponder has surfaced as yet, it is known that the 737-800, whose registration or “tail number” was UR-PSR, was photographed at the Israeli entity’s Ben Gurion Airport five times since March of 2017, the last time being on October 18, 2019 at approximately 2:40 in the afternoon.

According to author and attorney Dan Kovalik, the US and its Zionist ally have been preparing for a war with Iran for over 10 years now. It is interesting to note that Saddam, before invading Iran in 1980 insisted that he did not want war, just like Trump and Pompeo are now insisting that they do not want war. Perhaps dictators, dictator wannabes and their deputies are all alike, since clearly, this despicable duo desperately wants to provoke a war with Iran.

Millions Go Hungry in Wealthy Canada, Some Die Young as A Result

Why the World Loathes Trump

‘The days of US global hegemony are numbered’: Scholar