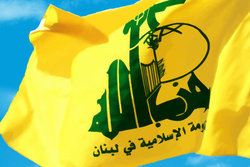 Lebanon’s Hezbollah resistance movement has blasted Bahrain for hosting a senior Israeli rabbi at a so-called religious forum, saying such a move is in line with Manama’s “conspiratorial” bid to normalize relations with the Tel Aviv regime.

RNA - In a statement released on Wednesday, Hezbollah said that by hosting such events, the Al Khalifah regime actually disregards the Lebanese and Palestinian martyrs, who lost their lives in Israeli attacks over the past years.

Bahrain, it added, is turning into an “American-Israeli platform” meant to pave the way for the duo to “gain access to the heart of the Arabic and Islamic nation.”

The resistance group also denounced “the conspiratorial and betrayal role that the Al Khalifah regime plays to normalize with the enemy, its reception of Israeli figures and its marketing of the idea of ​​coexistence with these killers.”

Addressing the event, Amar expressed hope that the Israelis and Bahrainis would be able to visit the occupying territories and the Persian Gulf island without special coordination.

According to Press TV, the Israeli rabbi further met with the Bahraini king and conveyed to him what he called “a blessing from Jerusalem that will lead to a solid relationship” with Tel Aviv.

Elsewhere in its statement, Hezbollah said the Manama regime, which conducts “the worst forms of repression against the oppressed Bahraini people” and deprives them of their slightest human rights, is trying “to cover up its lost legitimacy” by leaning towards Israel and the US.

Earlier this week, Bahrain’s main opposition group, the al-Wefaq National Islamic Society, denounced the Israeli rabbi’s invitation to the forum as a proof of Al Khalifah’s hostility towards the Bahraini nation.

Israel has full diplomatic ties with only two Arab states, Egypt and Jordan, but latest reports suggest Tel Aviv has been working behind the scenes to establish formal contacts with countries such as Bahrain.

Back in July, Israeli Foreign Minister Israel Katz met his Bahraini counterpart, Khalid bin Ahmed Al Khalifah, for a brief chat on Iran in Washington and the two posed for a rare photograph.