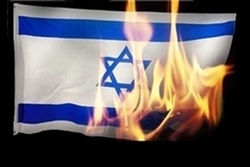 Israeli Ambassador to the United Nations Danny Danon seeks to push through a resolution at the UN General Assembly meeting today, which recognizes the approximately 800,000 Middle Eastern Jewish refugees, who were taken in by Israel following its ethnic cleansing of the Palestinians in 1948.

To begin with, the Israeli mission to the United Nations’ usage of such an issue, for political gain, shows just how little Israel actually values the history of Arab-Jewish immigrants to the land between the Jordan River and the Mediterranean Sea. In order for Israel to use this issue as a means of combating the measures taken internationally by the Palestinian Authority to further their national aspirations, shows a lack of compassion for Israel’s Arab-Jewish citizens, which have historically suffered at the hands of Israeli authorities. An example of this suffering is the stealing of up to 4,500 Yemeni Jewish children and handing them over to Ashkenazi (White European) Jews, who did not have children and wished to raise them, something, which fitted in well with the White Power structure of early Israel, which openly discriminated against non-European Jewry.

From 1948 until the 1970’s, Arab Jews living throughout the Middle East left their homelands of their own accord, were expelled, or left due to persecution -- or fear of it. Roughly 800,000 Jews were said to have immigrated to Israel and were taken in, no longer making them refugees and working in favor of the Israeli regime, which sought a Jewish majority for a racial supremacy regime they wished to create, predicated on being for the Jewish people and not the native Palestinian population.

Today, over seven million Palestinians still suffer in exile and their very status as Palestinians, indigenous to the land Israel now occupies, is denied by Israel. The exiling and massacres did not end in 1949 however. It was still being carried out incrementally until the next biggest ethnic cleansing in 1967 or what is referred to by the Palestinians as the Naksa (Setback), when up to 350,000 Palestinians were again made refugees. Until this day, Palestinians are made refugees by Israel, especially concerning this has become lately in the case of the Jordan Valley, situated inside the occupied West Bank.

Is the Jewish refugee issue the same as the Palestinian one?

The issue of Jewish refugees, who immigrated to Israel, is a distinctly different issue to the Palestinian refugees' question and has little to no moral equivalence.

Ardent Zionists and defenders of Israel love to equate the suffering of Palestinian refugees at the hands of Israel with the plight of Mizrahi (Middle Eastern-Northern African) Jews from their native lands. The argument entails that because Arabs and Muslims had kicked out Jews from their lands, that the expulsion of Arabs and Muslims by Jewish militias was an equal equation.

The very notion of this argument being valid could only make sense to someone whose worldview is shaped by racism and/or an orientalist doctrine.

The second element to this is the actual way in which the 800,000 figure is sold to us by the Israelis. It is absolutely false to say that all 800,000 were expelled, they weren’t. In the cases of Algeria and Morocco, most of the Jews, who left did so of their own accord and were not ethnically cleansed by their countries of origin. In Libya, it was also not government policy which forced Jews to leave.

In the case of Iraq, we now have official Israeli recognition of Zionist militias purposely attacking Jewish sites and killing Iraqi Jews in order to further stoke up a climate of fear amongst the Jewish communities. In fact, Israel itself put Jews, who sought to immigrate to Israel, in grave danger after refusing help from other foreign countries, vowing that only its own planes could transport the Jews in need to safety in Israeli-held territory.

In Yemen for instance, Jews were expelled and the same is the case in Egypt. This is not suffering that should be downplayed. However, this is not suffering that the Israeli regime is genuinely unhappy about, because Zionism only gained from this suffering. The suffering of Arab Jews and the relocation of those Jews into Israel came about as a result of the Zionist project and their genocidal actions led against Arabs and Muslims. Whether directly -- as with the case of Iraq -- or indirectly -- as with the cases of Egypt and Yemen -- it is the European-led Zionist project in Palestine, which caused the bulk of the suffering of the Mizrahi Jews at the time, and then emerged to become their savior.