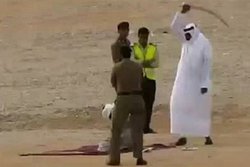 Saudi authorities are going to execute dozens of imprisoned political dissidents from the country’s oil-rich and Shia-populated Eastern Province, amid a crackdown led by Crown Prince Mohammed bin Salman against pro-democracy campaigners, Muslim preachers and intellectuals in the ultra-conservative kingdom.

The report added that five detainees are already on the death row, while nine others have been sentenced to death. Another 26 inmates are facing  death penalty at a request from the Public Prosecution.

Back in mid-July, informed sources, requesting anonymity, said that a young Saudi man had died more than a week after being injured by regime forces when they raided a district in the province.

The sources added that the forces fired indiscriminately, inflicting damage on many houses and buildings. Adam suffered critical injuries during the raid.