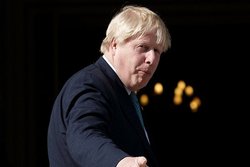 According to a BBC report, a number of Tory party members have been suspended for allegedly endorsing online Islamophobic material.

Some of the alleged offenders are relatively senior in local Tory party structures. For example, there is even a Conservative party councillor amongst the group.

The BBC’s investigation appears to have had a superficial impact on Conservative party inertia on this issue.

Leading Tory and Business Minister, Kwasi Kwarteng, told BBC Radio 4 that he “believed” an “independent enquiry” was now under way, but he was unable to provide further details.

For years, the Conservative party has tried to brush the problem under the carpet by consistently denying that there is institutional Islamophobia and broader racism within the Tory party.

Fears of rampant Islamophobia amongst the Tory rank and file intensified with the ascent of Boris Johnson to the premiership. Johnson, who often projects himself as an historian and an ideologue, has previously indulged in Islamophobic comments.

In August 2018, barely a couple of weeks after his resignation as foreign secretary, Johnson compared Muslim women who wear the burka to “bank robbers”.

Writing in his weekly Daily Telegraph column, Johnson claimed that it was “weird” and “bullying” to “expect women to cover their faces”.

According to the anti-racism group, Tell MAMA, there was a “significant spike” in Islamophobic incidents following Johnson’s incendiary Daily Telegraph column.

In a report released earlier this month, Tell MAMA said that it recorded a staggering 375 percent increase in anti-Muslim incidents from the week before Johnson’s column in August 2018 to the week after.

British PM accuses Iran of being behind Saudi oil attacks

Queen’s hand found in British politics, past and present

Yellow Vests march in Paris for 44th week of protests