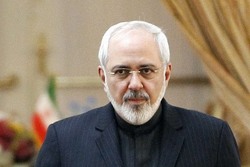 Iranian Foreign Minister Mohammad Javad Zarif has congratulated Lebanon on the anniversary of the victory of the country in a 2006 war waged by Israel, stating that the Lebanese nation and Hezbollah resistance movement dispelled the myth of the Tel Aviv regime’s “invincibility.”

RNA - “The Lebanese people and the Islamic resistance front proved to the world the fact that the Zionist regime (of Israel) can be defeated. The regime, no matter how hard it tries, cannot wage wars, stoke tensions and cause bloodshed of the people of the region,” Zarif said in an exclusive interview with Lebanon’s Arabic-language al-Ahed news website on Tuesday.

“This was a triumph for the entire (Middle East) region, international rights and international relations. The peoples of the region and the world are indebted to the resistance of the Lebanese people, the Islamic resistance front and Hezbollah, which stood against the arrogance of the Zionist regime and faced the terrorism of Daesh Takfiri group, which was a scourge for the whole world,” the top Iranian diplomat pointed out.

On Sunday, the head of the parliamentary bloc of Hezbollah said his group will teach the Israeli regime a lesson in case it launches a new act of military aggression against Lebanon.

“The Israeli enemy is preparing to wage a war against us but the resistance is ready to face it with our men, society and capacity,” Mohammad Raad said during a ceremony in Lebanon’s southern village of Harouf.

According to Press TV, he highlighted that the Tel Aviv regime would be harboring delusions if it thinks it can defeat Hezbollah as the resistance movement has the capacity to paralyze the enemy.

“We will never take it at ease with an enemy that threatens our existence and role. We offer a lot of concessions internally, but we never lose sight of our enemy's … movements and we will teach Israel a lesson that will threaten its existence if it ever thinks of waging a war against our nation,” Raad said.

According to a 629-page report of the Winograd Commission, appointed by the Israeli regime itself, Hezbollah fighters involved in defending Lebanon against the Israeli war defeated the enemy, and Tel Aviv was compelled to withdraw without having achieved any of its objectives.

The Winograd Commission was set by former Israeli prime minister Ehud Olmert in September 2006 to examine the events during Israel’s 33-day war on Lebanon. It was chaired by retired judge Eliyahu Winograd.

The commission was formed in the wake of public criticism and protest over the fact that the Israeli military had effectively lost the war by failing to achieve its aim of freeing two soldiers captured by Hezbollah fighters.