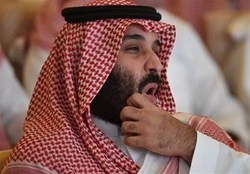 A leading Arab newspaper wrote that Saudi Arabia's failure in Syria and Yemen and its disappointment at a US war against Iran have forced Riyadh to soften tone and policies towards Tehran.

RNA - "Saudi Arabia has started the policy of a quiet retreat given the Yemenis' advances and the world's recognition of Iran as a regional power in the Persian Gulf after its confrontation against the US and Britain," the Arabic-language al-Quds al-Arabi wrote on Tuesday.

"Riyadh has now come to realize that neither Washington nor Tel Aviv is interested in war against Iran," it added.

The paper underlined that Saudi Arabia has now come to repeat the same choice that it was forced to make after years of proxy war against Syria and Assad in the case of Iran: "retreat".

That's part of the reason why it has decreased its attacks against the Yemenis, it continued.

Al-Quds al-Arabia wrote that the Saudi media no more pursue the policy of free insult and attack against Iran and are now acting cautiously, noting that the UAE which has also come to develop the same notion has started withdrawing its forces from Yemen which, the paper said, paves the ground for Riyadh's military pullout from the war-ravaged country.

According to Fars News Agancy, Iran has long called for dialogue in the format of a regional forum to resolve differences with Saudi Arabia and the UAE through talks.

"Iran welcomes resolving issues with Emirates and Saudi Arabia peacefully because that will be in favor of all regional countries," Iranian President's Chief of Staff Mahmoud Vaezi said in July.

"Saudi Arabia’s policies have left them alone in the Muslim world and the region,” he added.

"The Saudis started a war that they thought would be ended in a few weeks,” Vaezi said, adding that “Yemen war was harmful to Saudi’s economy and distorted the country's face”.

“Saudi ambassador to UN admitted what Iran has repeated many times i.e. regional issues must be resolved through negotiations and by regional countries,” he underlined.