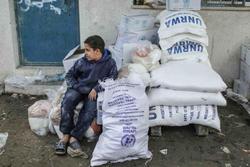 A Palestinian lawmaker says the economic loss imposed on the Gaza Strip by Israel’s 14-year-old blockade of the Palestinian enclave is estimated to have been 70 million dollars a month.

RNA - Palestinian MP Jamal al-Khodari, who is head of the Popular Committee against the Siege on Gaza, said in a press release on Sunday that 3,500 factories, workshops, and businesses had shut down during the 14 years of Israeli siege on the Gaza Strip.

Al-Khodari, who is originally an academic and businessman, said the poverty rate in Gaza had reached 85 percent, and the unemployment rate exceeded 60 percent across the besieged Palestinian region.

“There is a daily closure of businesses, factories, and workshops in Gaza, which means a significant increase in the number of unemployed workers and technicians, in addition to large financial losses,” he said.

Al-Khodari said the situation in Gaza was deteriorating due to the retreat of international relief organizations.

The Gaza Strip has been under an Israeli blockade since June 2007. It has caused a decline in the standard of living as well as unprecedented levels of unemployment and unrelenting poverty.

The economic situation across Palestinian lands worsened after Washington earlier this year cut all its financial aid for Palestinians in the occupied West Bank and Gaza.

The cuts in the humanitarian aid were soon hitting hundreds of thousands of the most vulnerable people, especially in Gaza, where 80 percent are dependent on aid.

Critics say the administration of US President Donald Trump is blackmailing Palestinians into accepting a deal that his son-in-law has devised.

The Palestinian leadership has already rejected that deal.