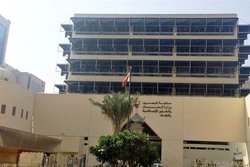 Amnesty International has condemned the Bahraini regime’s harassment and intimidation of a former legislator and intensified clampdown on social media activists, as the ruling Al Khalifah regime presses ahead with its heavy-handed crackdown on political dissidents and pro-democracy activists in the Persian Gulf kingdom.

RNA - The Britain-based human rights group, in a statement released on Wednesday, expressed “grave alarm” over the actions taken against Osama Muhana al-Tamimi, which include the targeting of his businesses and personal safety.

“The actions against al-Tamimi come in a climate of escalated state intimidation aiming to quash free expression. In addition to official agencies’ actions against al-Tamimi – including multiple summonses and an attempt to confiscate his personal phone without a warrant – there have been a number of incidents targeting al-Tamimi’s businesses and personal safety in recent years which the government has failed to adequately investigate," the statement read.

“The broader context involves a series of recent statements by the highest officials, including the King, that criticism of government, especially on social media, will not be tolerated,” it added.

Tamimi entered Bahrain’s Council of Representatives after the by-elections of October 2011. He became known as a harsh critic of the ruling Al Khalifah regime while in parliament and as one of the few Sunni parliamentarians willing to speak out against repression of Shia citizens.

He called for the resignation of Prime Minister Khalifah bin Salman Al Khalifah in an April 2012 speech. Tamimi called for the release of prominent human rights activist and prisoner of conscience Nabeel Rajab in another parliamentary speech on February 11, 2014.

On May 20, 2014, the Council of Representatives removed Tamimi from parliament in a secret vote following deliberations that were closed to the press.

Amnesty also slammed the Manama regime over escalated threats against the right to freedom of expression.

“This comes in the context of heightened state rhetoric threatening to arrest and prosecute those who criticize the government, especially through social media,” the statement highlighted. “Though the escalating rhetoric and legal threats have so far been directed primarily against Bahrainis living abroad, Bahrainis still in the country who run Twitter or other social-media accounts which occasionally criticize the government have also recently reported that they have been summoned for interrogation and/or that prosecutions have been opened against them because of Tweets,”

The rights group concluded, “The aggressive moves to further suppress critical discussion on social media, in a context where people already fear prosecution for speaking candidly about national problems, will only exacerbate the repressive climate that pervades the country.”