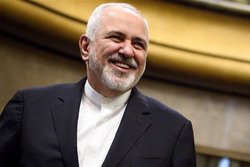 Iranian Foreign Minister Mohammad Javad Zarif said on Monday that the increase in Washington’s hostile measures against his country shows that the US has failed in all its harsh policies against Tehran.

RNA - Iranian Foreign Minister Mohammad Javad Zarif said on Monday that the increase in Washington’s hostile measures against his country shows that the US has failed in all its harsh policies against Tehran.

“The pressures imposed by the US on Iran do not indicate the US’ power and our weakness, but rather, the pressures are the result of the US’ repeated failures against the Islamic Republic,” Zarif said today at a ceremony marking the National Day of Industry and Mine.

Stressing the dwindling power of US dollar in international transactions, Zarif added that Iran and Turkey used national currencies for 35% of their bilateral trade last year.

“We need to rely on domestic productions to further diminish the impact of US dollar on our economy,” said Zarif.

“The pressures imposed by the US on Iran do not indicate the US’ power and our weakness, but rather, the pressures are the result of the US’ repeated failures against the Islamic Republic,” Zarif stressed.

About the EU’s announcement that its trade mechanism for Iran, dubbed INSTEX, has become operational, Zarif said, “Although the INSTEX is not what we wanted and it is not a sufficient answer to Europe’s compliance with its commitments, but it has a strategic value, which is the fact that the US’ closest allies are distancing themselves from Washington.”

On Sunday, Iranian Vice-President for Legal and Parliamentary Affairs Hosseinali Amiri described the recent US sanctions against the top officials of his country as a display of Washington’s frustration and desperation, adding that the new bans contradict the White House call for talks.

Failed in attaining its goals through sanctions, the US government has decided to add the names of Iranian figures to the list of sanctions, Mousavi said.

There has been left no new sanctions that Washington had not imposed on Iran, he said, adding that the policy has reached nowhere yet.

US Treasury Secretary Steven Mnuchin said Monday that the US would blacklist Zarif and block “billions” more in Iranian assets as part of expanded sanctions.

In response, President Rouhani lashed out at the US for imposing sanctions against Ayatollah Khamenei as an unwise move, saying that the White House had become mentally disabled.

"No government, if it has the minimum wisdom and prudence, will sanction the highest-ranking official, not only in political field but also in the religious, social and spiritual areas, of a country who is the leader of not only Iran but also lovers of the Islamic Revolution and the Shiites in the Muslim world across the world," President Rouhani said, addressing the health ministry officials in Tehran on Tuesday.

He described the move as stupid, and asked the US officials of the goal pursued by the sanctions.

"You sanctioned the leader of a country not to travel to the US? It is ridiculous. We do not allow them (the Americans) to come (to Iran) and then you tell us that you should not come (to the US)?"

President Rouhani underlined that the Iranian Leader is not in possession of billions of dollars in its foreign accounts like other world leaders to be frozen by the US and he has only a simple house and a religious hall (Hosseiniyeh).

"The US sanctions are crime against humanity. The US recent measures indicate their ultimate failure. The new US measures are the result of their frustration and confusion over Iran. The White House has mental disability," he added.