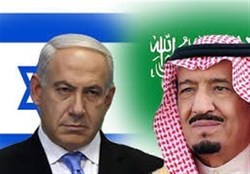 Saudi Arabia and Israel are using their influence on the administration of US President Donald Trump to force Washington into launching a war against Iran, says American analyst Mark Dankof.

RNA - Trump, who has on several occasions threatened Iran with war over the past few weeks, said Tuesday that any military conflict with Iran would not involve ground troops and would be over quickly.

He made the remarks days after the Islamic Revolution Guards Corps (IRGC) shot down an intruding US spy drone in its airspace over the Persian Gulf last Thursday. Trump said Friday that he had called off military strikes against Iran 10 minutes before launch.

Also on Tuesday, he threatened Iran with “obliteration” should it attack “anything American.”

Dankof told Press TV on Wednesday that Trump’s remarks reflected the extent of influence pro-Saudi and pro-Israeli members of his team maintained on him.

“Essentially this is an attempt on the part of Israel and Saudi Arabians working through Trump, [National Security Adviser John] Bolton and [Secretary of State Mike] Pompeo to put Iran in a position where it is going to be punished for no good reason when in fact Iran has abided by its word and the United States has not,” he said.

“Trump has no legitimate reason to be ordering any kind of military action against Iran and at the same time he threatens it because clearly the Iranians have not acquiesced in what it is that he wants,” he added.

The analyst said Trump’s foreign policy decisions with regards to Iran all lacked logic and were merely based on ill-intentions of Saudi and Israeli officials.

“The fact of the matter is the entire policy is wrong; there is no reason for the United States to be doing any of what it’s doing either with economic sanctions or escalating rhetoric or any type of military action,”

“If Mr. Trump persists on this sort of thing, he is going to create a disaster that is going to lead in all kinds of unintended directions and consequences,”

Dankof said Trump needed to abandon such policies and fire “Israeli-oriented” US officials that would do anything to please Israel and Saudi Arabia.