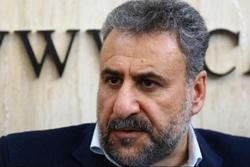 A senior member of the Iranian Parliament says the United States does not seek a military confrontation with Iran and is only waging a "psychological war" against the Islamic Republic.

RNA - Head of the Iranian Parliament’s Committee on National Security and Foreign Policy Heshmatollah Falahatpisheh made the remarks after a closed-door meeting of lawmakers with the new chief commander of the Islamic Revolution Guards Corps, Major General Hossein Salami, on Sunday.

Referring to heightened presence of American forces in the Middle East, particularly in the Persian Gulf, Falahatpisheh noted that Iran is capable of hitting its targets from a distance of 2,000 kilometers in line with its defensive policy, while American warships will be at a maximum distance of 500 kilometers away from Iran and they know that in no other war, their defeat will not be so evident.

The United States is ratcheting up economic and military pressure on Iran, with US President Donald Trump on Thursday urging Tehran to talk to him.

But then he said he would not rule out the possibility of military action in Iran amid escalating tensions before slamming former Secretary of State John Kerry for his involvement in the issue.

His remarks came after John Bolton, the hawkish US national security advisor, said on Sunday that the United States is sending an aircraft carrier strike group and a bomber task force to the Middle East in a "clear and unmistakable" message to Iran.

“The United States is deploying the USS Abraham LincolnCarrier Strike Group and a bomber task force to the US Central Command region,” Bolton said in a statement.

The Pentagon announced on Friday that the US is deploying an amphibious assault ship and a Patriot missile battery to bolster an aircraft carrier and B-52 bombers already sent to the Persian Gulf.

Elsewhere in his remarks, Falahatpisheh said Iran is fully prepared in the event of any confrontation, but reiterated that the ongoing developments would not end in war.

He emphasized that no Iranian official would call Trump at all, saying, "Americans will be obliged in the future to raise the issue of negotiations with Iranians more seriously and they will certainly see that the issue of Iran will be different from any other country like North Korea."

Speaking to reporters following the parliament’s closed-door session with the new IRGC chief commander, the spokesman for the parliament’s presiding board, Behrouz Ne’mati, also quoted General Salami as saying that Americans are simply waging a psychological war against Iran.

“General Salami offered an analysis in view of the present conditions in the region, noting that Americans are simply waging a psychological war, because the movements of their military forces [in the Persian Gulf] are nothing out of the ordinary,” the Iranian lawmaker said.