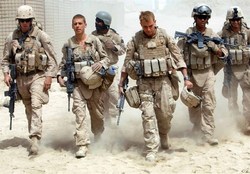 RNA - Figures released by the Pentagon on Thursday showed that the number of sexual assaults in US military ranks rose from 14,900 in 2016, to 20,500 in 2018, indicating a rise by almost 38% in the biannual anonymous report.

Data showed that most victims had worked in close proximity with the assailants, alcohol was involved in one third of cases, and female recruits ages 17 to 24 were at the highest risk of attack.

The Pentagon estimated that about one-third of those assaulted were men and the rest were women, adding that it was the highest number of assaults reported since the US military began collecting this kind of survey data in 2004.

Pentagon said it believed policies put in place over the past decade have encouraged greater reporting of sexual harassment and assault. In 2006, one out of 14 service members who experienced sexual assault reported it to a superior. In 2018, one in three service members reported incidents, the report said.

"Sexual assault is illegal and immoral, is inconsistent with the military's mission and will not be tolerated," he wrote in a memo released on Thursday. Shanahan directed the military to "criminalize" sexual harassment. As of yet, sexual harassment in the US military has not been regarded as a "stand-alone" criminal offence.

He said ways to address the problem included harsher punishments, new tools to measure the problem, launching a program to catch offenders and improving assessments of the character of military applicants, and training   on prevention.