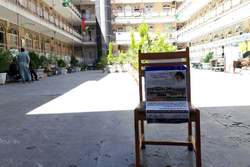 Rasa – Contributions by Iranian and foreign seminarians to the flood victims of Iran ‎continues.‎

RNA – Contributions to the flood victims of Iran continue from Iranian and foreign ‎seminarians living and studying in Qom.‎

Currently, there are about 17,000 foreign students in Qom from over 120 different countries. ‎

Estimates by government agencies suggest that the floods have taken the lives of at least ‎‎67 people, injured nearly 800, and destroyed over 25,000 houses around the country.‎

Lorestan, which has been partnered with Qom for relief, is said to have suffered the second ‎highest amount of casualties after Fars province.‎